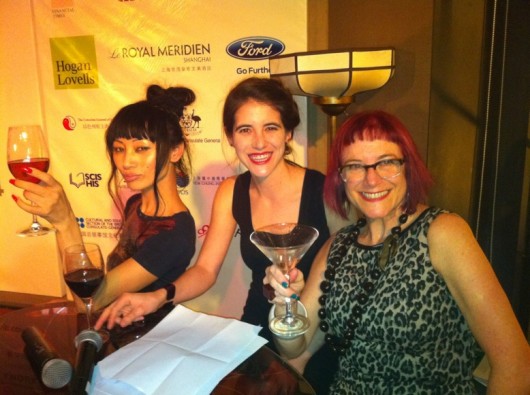 I regretted, momentarily, that I hadn’t submitted an entry myself. After all, eros is about play, and I like playing, especially with the sensuous form of Shanghai (albeit a form that lately has seemed a bit cold and dirty, but then, that’s what happens to lovers, with age). I ordered a gin and tonic and started chatting to some ladies I knew (I had interviewed with one of them for a job, and then accidentally run over a small dog on my bike, with her riding on the back seat), while waiting for J. to arrive.

Boredly gazing through the crowd, next to That’s editor and emcee Ned Kelly, who was wearing a suit made out of red tablecloths, and judges Linda Jaivin and Monica Liau, I noticed a familiar face: actress Bai Ling, a pioneer of Asian erotic journalism — in fact, the first Asian woman to appear on the cover of Playboy [NSFW]. Some friends of mine who do fashion are obsessed with this person, partly because she has a face from outer space. My evening immediately gained coherence: I would take a goofy photo with Bai Ling and send it to my friends in New York. The stories continued… about pandas, about whores with hearts of gold who nonetheless give corrupt cops AIDS, marking this on the mirror with lipstick (so basically, a page from the copy of “101 urban legends” from the middle school library, plus Hengshan Road in the 90s), and most vividly, about aliens who had sex with strangers in M1NT. As the competition heated up, Danielle Leclerc and Anthony Tao got physical, playing rock-paper-scissors to resolve a tie for the rights to a vibrator. The writer of the story about aliens, Meredith, rightly won the performance and audience prizes (both vibrators); although I would have liked to hear the famous shark tank in M1NT get a shout out.

Jacob Dreyer’s first book, The Nocturnal Wanderer, is upcoming from Eros Press. You can reach him at jacobaugustusdreyer@gmail.com. 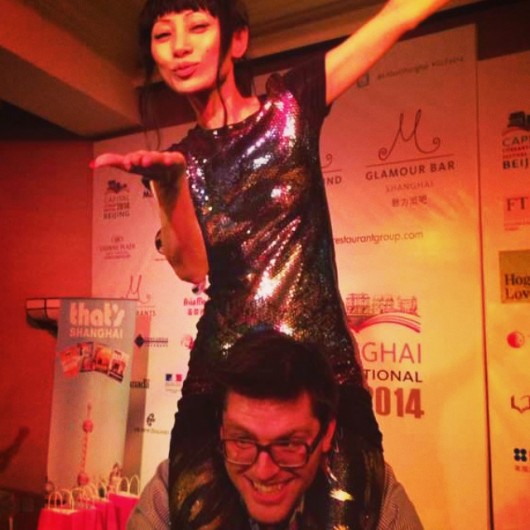 The author with Bai Ling 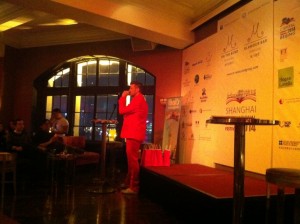