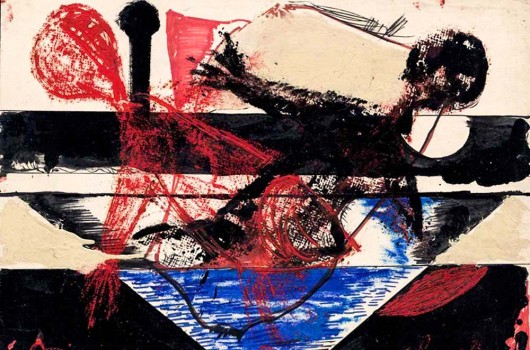 If you only gave Yang Shufeng’s engraving prints a short glance, his work would come off as a confused mess.

The chaotic lines and objects seem to purposefully confound whatever message Yang hopes to send. But in that confusion lies the real message: one of depression, anger, disappointment, and rebellion.

Yang came of age during the 1980s, an era much removed from the misery of the 1960s and 1970s, when the decade-long Cultural Revolution smashed the institutions that glued society together. Yang graduated from Northwest Teachers’ University in 1982 with a degree in oil painting. But unlike most of his peers, Yang never lost his hope.

Looking at his work it may appear a contradictory mess, but the bright colors in a gray atmosphere represent a kernel of aspiration and positivity in an otherwise gray world.

“Only after looking back on the old days can we continue to strive for the future,” Yang said at the ceremony of his solo exhibition. “If a person and a nation do not look back to the road they came, neither has any future.” 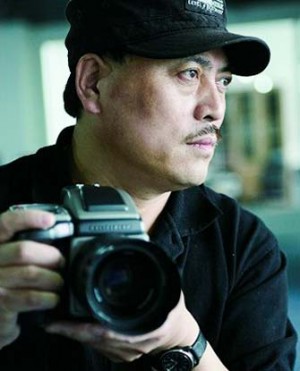 Yang’s art is an abstract about the promise of hope and how it is essential for a future.

The solo exhibition also displays some of Yang’s other works, such as his oil paintings and pottery in the same theme.

Yang is considered a member of the ’85 Pioneering Arts movement, a contemporary wave that prioritized representational expressionism in oil, lacquer, paper, woodcarving, and pottery.

During his first five years as an artist he created 200 works, including his Person series, Body series, Intertwisted Body series and Red and Black Abstract series.

From 1985 to 1989 his work was continually exhibited. Since then, he has moved into new representational expressionism and begun providing detailed notes about his creations and their artistic goals.

This exhibition marks the first time Yang’s post-1989 creations have ever appeared in public. 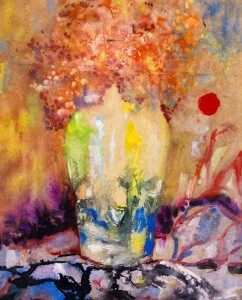 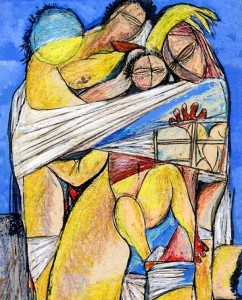