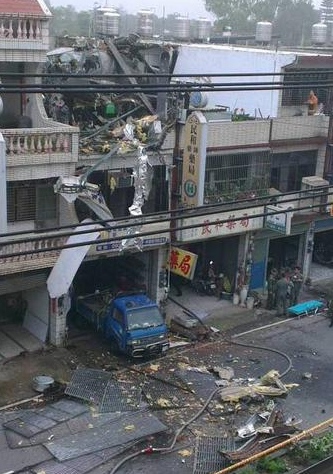 An AH-64E Apache helicopter appears to have tried to land on the side of a residential building on Zhongzheng Road in Longtan, Taoyuan, Taiwan around 10 am this morning. Helicopters should not try to land on the side of buildings. The two pilots — one of whom was reportedly a student — were sent to the hospital.

The helicopter, identified as No. 808, was making a routine training run when it crashed due to a suspected “mechanical malfunction,” though the Taiwanese military is still investigating.