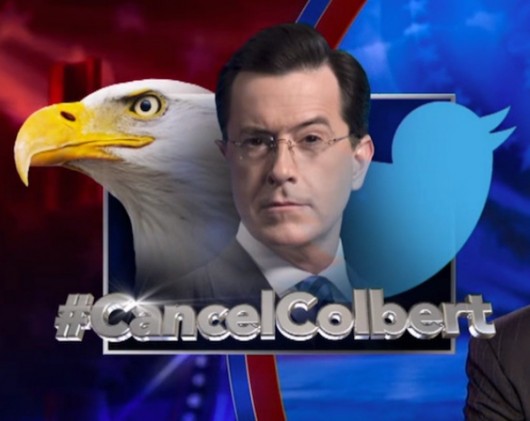 An episode of The Colbert Report last Wednesday used the words “ching-chong ding-dong” in an attempt to satirize / skewer Washington dunderhead Dan Synder. When the show’s Twitter account tweeted the joke the next day without context — “I am willing to show #Asian community I care by introducing the Ching-Chong Ding-Dong Foundation for Sensitivity to Orientals or Whatever” — a bit of hell broke loose on social media, resulting in Korean-American Twitter activist Suey Park starting the hashtag #CancelColbert. It reeked of so much faux outrage and willful ignorance that I did all I could to ignore it.

Something strange happened though: the story became about more than Colbert, Synder, Park, or hashtag activism. How do Asians fit within the scheme of liberal / white privilege? Are Asians and white Americans so intricately linked, socially and economically, that one could adopt the joke of the other without crossing the red line of race? Having lived abroad as long as I have, I don’t have a good answer anymore; in so many ways, this is purely an American question, reserved for those living in America. (Can you imagine what a good liberal in America would say if they found out that Chinese people in China call themselves “yellow-skinned”? Or this.) If I had ventured a comment over the weekend though, I suspect I would have sounded like I did last October when Asian Americans feigned anger at Jimmy Kimmel over a joke about “killing Chinese people.”

I’ll point out here that the two stories you should read, if you’re interested in this #CancelColbert story and haven’t already read, is “Gooks Don’t Get Redskins Joke,” written by Deadspin’s Tommy Craggs and Kyle Wagner, and “The Campaign to ‘Cancel’ Colbert,” written by Jay Caspian Kang for The New Yorker. Craggs and Wagner, who are both Korean-Americans like Park, assert that Park’s reading of Colbert’s joke is “problematic; it flattens out all meaning and pretends, in effect, that there is no ironic distance between Jonathan Swift’s satire and actual cannibalism, not to mention that it’s tighter-assed than life itself, as a funny white man once said.” Kang, generous nearly to the point of his own argument’s destitution, writes sympathetically of Park’s hashtag campaign:

#CancelColbert may have been silly and dumb and wrong in spirit, but it’s worth asking if those of us who find it distasteful know as much about the intentions of the hashtag activists as we think we do. If we take #CancelColbert at face value, we can easily dismiss it as shrill, misguided, and frivolous. But after speaking to Park about what she hoped to accomplish with all this (a paternalistic question if there ever was one), I wonder if we might be witnessing the development of a more compelling—and sometimes annoying and infuriating—form of protest, by a new group of Merry Pranksters, who are once again freaking out the squares in our always over reacting, always polarized online public sphere.

And all this is a longwinded way of introducing the below, which is Colbert breaking kayfabe on Tuesday’s The Colbert Report to tell his audience that he is, in fact, a satirist. Hopefully this is the last time we write about this story. It won’t be, I suspect, the last time we talk about racism, specifically what constitutes it.

“That ends that controversy,” Colbert concluded. “I just pray that no one tweets about the time I said that Rosa Parks was overrated, Hitler had some good ideas, or ran a cartoon during Black History Month showing President Obama teaming up with the Ku Klux Klan because, man, that sounds pretty bad out of context.”

Leave a Reply to Greg