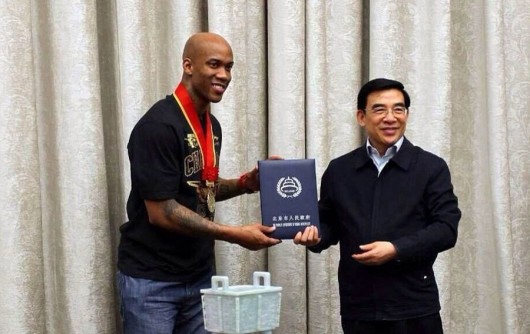 The Honorary Citizen award aims to recognize and acknowledge the contributions made by foreigners, overseas Chinese and people from Hong Kong and Macao towards the development of the city.

Marbury was honored in a ceremony attended by Beijing mayor Wang Anshun, pictured above. Here he is showing off his key as Beijing’s newest citizen: 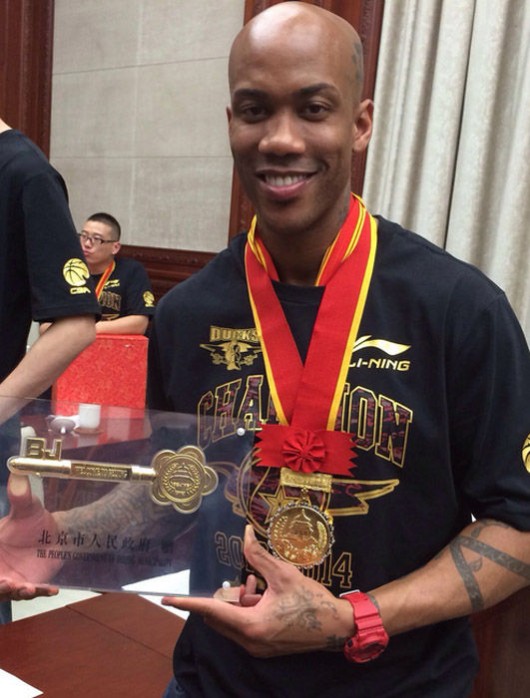 Afterwards he went on social media to praise the fans:

The key of the city of BEIJING belongs to the people. I’m thankful that you opened your hearts to me when I first entered the country. The love has stayed consistent and I’m blessed to be here. #LOVE IS LOVE# 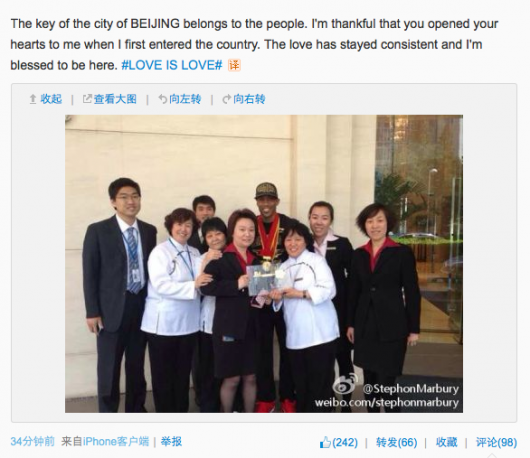 Interestingly enough, while he’s been posting consistently on Weibo, his Twitter account has been quiet since March 20. (Twitter’s blocked in China of course, but one figures Marbury has a VPN.) Maybe he simply realizes where his supporters are: 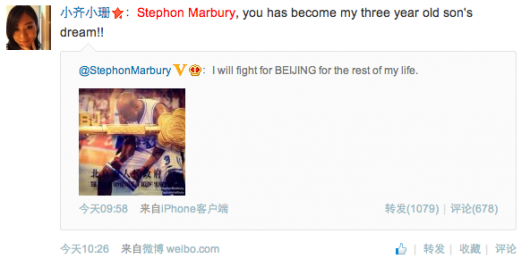 2 Responses to “Stephon Marbury Is Now An Honorary Beijing Citizen, Has Key To City”

Leave a Reply to Kristen