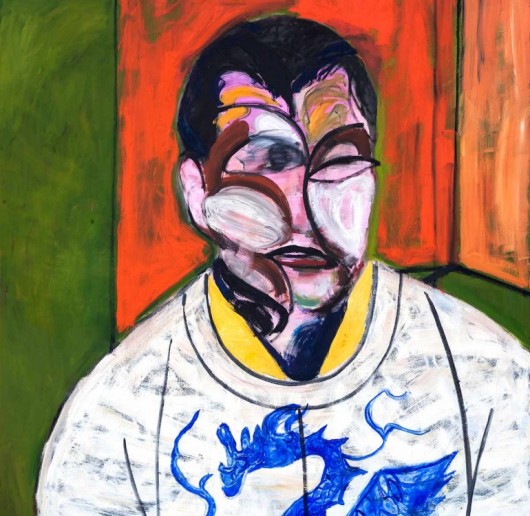 After a decade abroad in the New York art scene, painter Zhao Gang is back to exhibit his last decade of creations.

Titled “The Emperor and His…,” the paintings capture Zhao’s impressions about people around the world.

Zhao was born in 1961 in Beijing. Like many children born into the Cultural Revolution, he was politically active during his childhood.

By the 1970s, Zhao was deeply concerned about the future of his country. He joined the Star Art Exhibition, an event widely regarded as the beginning of China’s “new art” movement, and learned from catalogues of impressionist paintings at a friend’s home.

Inspired by French Impressionist painters of the 19th century, Zhao sent many of his inspired worked to the exhibition. He believed that “after the failure of the Culture Revolution,” artists should create something different.

The move got his family denounced as an enemy of the people and all its property confiscated.

As China rolled into the 1980s, Zhao became torn between Mao Zedong’s call for class warfare and Deng Xiaoping’s call for the pursuit of profit.

Zhao, unable to adapt to the changing times, moved first to Europe and then to the US. He studied new schools of painting before eventually settling in New York, where he worked as a painter, publisher, and art broker.

“I’ve learned that everyone is his own emperor, and the only emperor in his world,” Zhao said. “We live in a world of many emperors, no matter whether you agree or not.”

Zhao moved back to China in 2007 and has mostly been working as an oil painter. “Zhao Gang’s works are a personal breakthrough,” said Zhou Yang, a professor at the Central Academy of Contemporary Arts.” Today he is fully immersed in the creative process.” 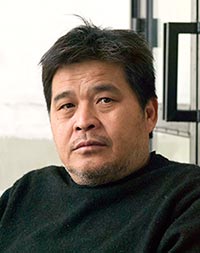 Q: Your oil paintings seem deliberately unclear, either fuzzing the face or the whole image. What are you trying to convey in your work?

A: I try to avoid condemning or criticizing a group of people. I just record the impression something gives me by using colors and shapes that stress their character.

Q: Are you worried about the recent turmoil in the art market or driving potential buyers away?

A: Artists don’t create to meet the demands of the market: they create the market. That’s the part I’ve enjoyed the most.

Q: Where do you see your art going next?

A: After two decades abroad, I’ve learned an awful lot about the world of art. I’ve found that painting is still what I love the most after trying my hand at a great many things. I consider it a blessing and my good fortune.

Take Exit D at Yonghegong Station, cross the street on the northeast side and enter the nearest community

One Response to “The Homecoming Of Oil Painter Zhao Gang”