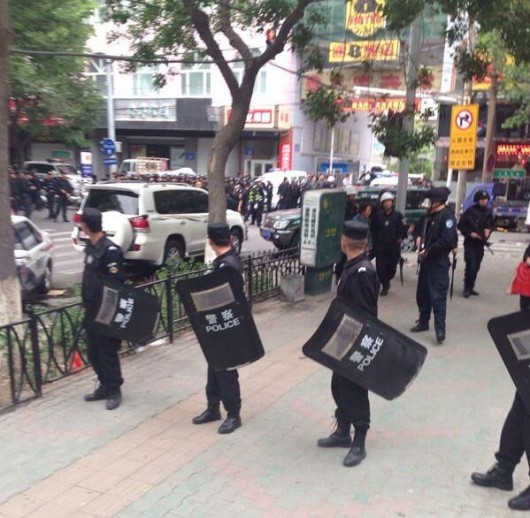 Two vehicles rammed into pedestrians in an open market at 7:50 this morning on Gongyuanbei Street in Urumqi, Xinjiang, killing at least 31 people and injuring more than 90, according to Chinese state media. AP reports that “the Xinjiang regional government said in a statement that the early morning attack was ‘a serious violent terrorist incident of a particularly vile nature.’”

The SUVs then crashed head-on and one of them exploded, the official Xinhua News Agency reported. It quoted an eyewitness as saying there were up to a dozen blasts in all and that at one point one of the vehicles stopped because it was blocked by bodies and handcarts.

Authorities have blamed separatists for the attack, with president Xi Jinping once again urging severe punishment and stability. He’s had to make similar statements in the very recent past: three were killed in a bomb and knife attack at a Urumqi railway station on April 30.

Also, this via SCMP:

In a statement domestic security chief Meng Jianzhu vowed to “destroy the arrogance of violent terrorists”.

Just the day before, on Wednesday, China sentenced 39 people to jail on charges of terrorism, many (or all?) with “ethnic Uighur names,” as Reuters points out.

If you’re wondering if the terrorist attacks will stop, Fear of a Red Planet offers this bit of distressing insight: “Nothing is ever likely to give the terrorists carrying out attacks like today’s what they want because what they want – at the very least independence for Xinjiang – is not achievable.”

Of course, the heinous act of targeting innocent civilians achieves less than nothing, and is the surest way to ensure one’s message goes unheard.

Some more photos from around the web (h/t China Digital Times): 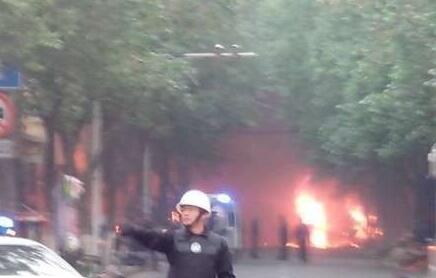 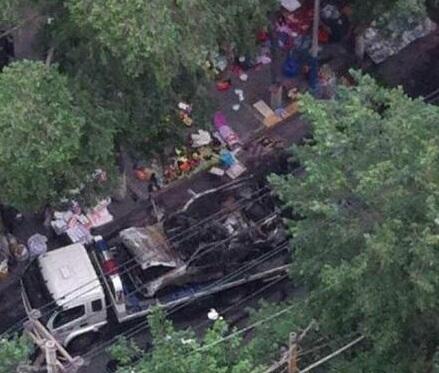 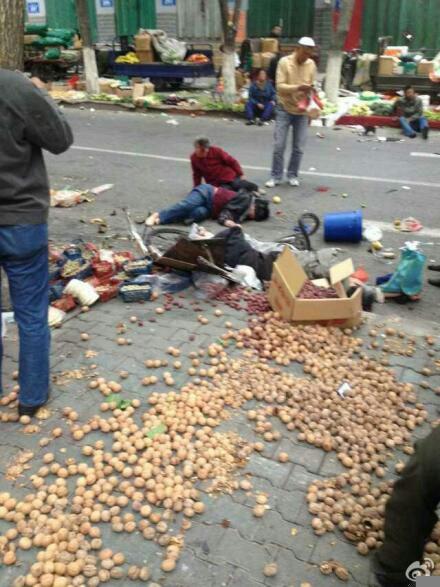