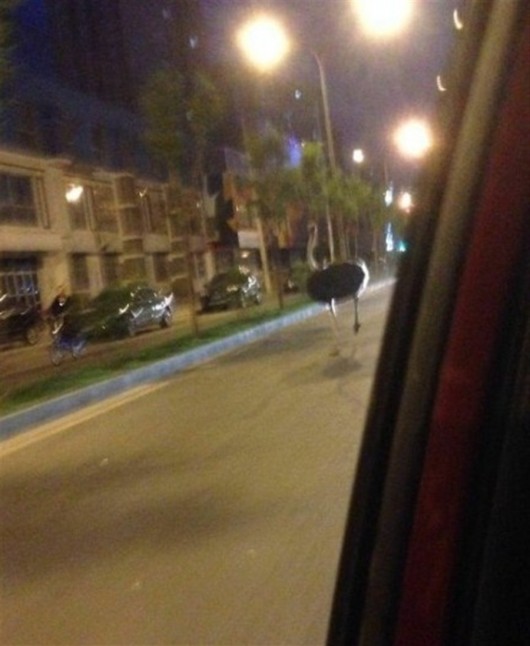 An ostrich escaped from a farm and ran alongside cars on a road in the Changying area of Beijing yesterday around 8 pm, reports Shanghai Daily. “The ostrich, apparently upset by noise made by vehicles passing by, ran down the guardrails of a farm as it was being fed, according to the person surnamed Yu who is in charge of the ostrich farm.” Lest you think we’re surprised… we’re not. We’ve seen this before:

That story was from just over a year ago. May is a time for ostrich jailbreaks.

And what is it with animals on the Beijing streets lately? Just Saturday, we had a horse befriended by a dog on Fifth Ring Road. Like that incident, this one also appears to have a happy ending:

Yu failed to keep up with the ostrich but finally found it and brought it back to the farm with the help of residents and policemen.

For entertainment’s sake, let’s relive what happened to last year’s ostrich that got loose: