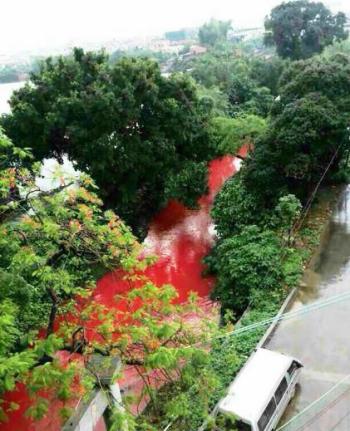 Oklahoma and Texas play an annual football game called the Red River Rivalry. When it comes to actually red rivers though, none compare to the one found in Boluo County near Huizhou, Guangdong province earlier this week. It’s like the jungle’s menstruating.

After the many storms that have deluged Guangdong Province with heavy rain, rivers have completely turned bright red or blue, reports Xinhua.

A printing factory is believed to be the cause of the discoloration, and has been ordered to close down.

As always in China, we’ve seen this before. (We even used the same Elizabeth Economy-inspired headline. Sorry about that.) 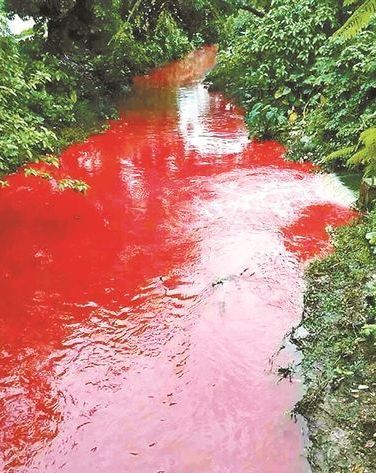