For his first solo exhibition on the Chinese mainland, Taiwanese artist Lee Mingwei is transforming his childhood memories into a personal performance at Ullens Center for Contemporary Art.

Lee conceived of the exhibition while caring for his mother when she was recovering from surgery. As classical music enthusiasts, the pair found solace in listening to Schubert’s Lieder arranged for piano and voice. At a moment when mortality was all too immediate, the song offered a chance at tranquility.Lee’s art takes the form of participatory installations in which strangers can explore issues of trust, intimacy and self-awareness, as well as one-on-one events where visitors can meditate on these concepts.

His 10 open-ended scenarios of everyday interaction take on different forms depending on the participant. These experimental pieces allow the viewer’s own history to occupy Lee’s thematic framework, speaking to the communal nature of memory and emotion.

Past projects have asked museum-goers to give a flower to a stranger on the street (The Moving Garden); withdraw into a booth and write a letter to a deceased or absent loved one (The Letter Writing Project); or sleep over at the museum alongside the artist (The Sleeping Project).

Many of Lee’s works reflect the emotional and psychological effects of migration and cross-cultural identity: homelessness, isolation and loss, and heightened awareness of one’s ties to the world.

Lee was born in 1964. As a youth, he spent six summers studying Buddhism at a Zen monastery before enrolling in a Benedictine high school in San Francisco. He completed his undergraduate and graduate degrees in the US.

Lee’s works embody a hybrid sensibility that bends to today’s mobile world, especially as cross-cultural artists contemplate their practice with an eye on global consciousness.

His works have been exhibited in solo shows at the Whitney Museum of American Art, Museum of Modern Art in New York, the Chinese Arts Centre in Manchester and the Peranakan Museum in Singapore.

Lee is currently preparing for his mid-career exhibition, which will open at the Mori Art Museum in Tokyo on September 20.

UCCA’s presentation of Sonic Blossom is the piece’s second performance worldwide after being unveiled at the National Museum of Modern and Contemporary Art in Seoul last year. 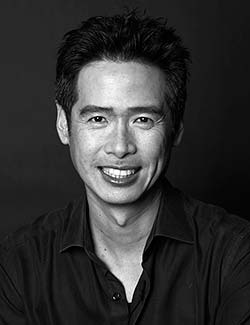 BT: Your past works all show similar styles of imagination. What do you consider to be the common thread that ties together your creations?

Lee: All of my works are heavily inspired by Zen Buddhism. I believe fate plays an important part in our lives. If I had to name a specific theme, it would be karma.

BT: What is the origin of your Zen influence?

Lee: I learned the basics of Zen while studying in San Francisco. It’s something which has stuck with me.

BT: Many art critics have noted foreign creations seem similarly inspired by Zen. Do you see Zen bringing together Chinese and foreign art?

Lee: Yes, I believe it is part of a trend. Zen allows us to infuse our work with a deeper meaning. Critics have lent their skill to defining the meaning of centuries of art, but what is the ultimate meaning of our world? The answer is Zen.

BT: Would you encourage modern artists to study Zen?

Lee: No. what is more important is karma. Different people have different karma. Zen is always Zen.

BT: What is your work “blossom” about?

BT: How did you pick singers for “sonic blossom”?

Lee: The six singers I picked were talented students from the Central Conservatory of Music. Students don’t have perfect voice skills, but they have a pure understanding of the music, which inspires people to search inner beauty.