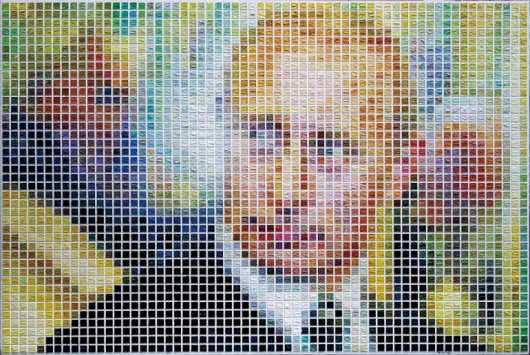 Since finishing her degree in architecture at the Central Academy of Fine Arts in 2004, Tao has won a number of international design contests.

Her walls are decorated with celebrity portraits created in ceramic tile mosaic. Among the famous faces are Elizabeth Taylor, Barack Obama and Vladimir Putin.

Tao focuses on scenes of life, such as family gatherings and lovers sharing a kiss. At the opening of her solo exhibition, she used laser lights to create a giant diamond in the space of the exhibition hall.

Her artistic language is one that will be familiar to many young Chinese, and much of the context comes from a careful understanding of visitor traffic through the exhibition space.

In the painting section, her series titled “Beautiful World” interacts with viewers using abstract and concrete language. The solo exhibition also includes “Tian Jue,” one of her works exhibited at the Venice Biennale to much acclaim.

Tao labels herself as a “sincere visual art worker.” Like Wang Yin, she is trying to create beautiful worlds in her mind.

In preparing for this exhibition, Tao and her curator Zhao Li collected her thoughts from 2008 to 2014 and selected works to best represent the time span. Arranged thusly, viewers can get some clue what Tao Na might be planning next. 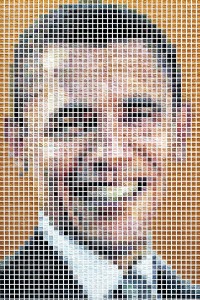 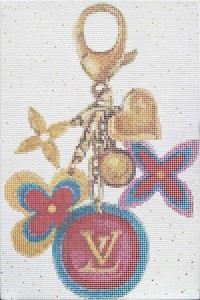