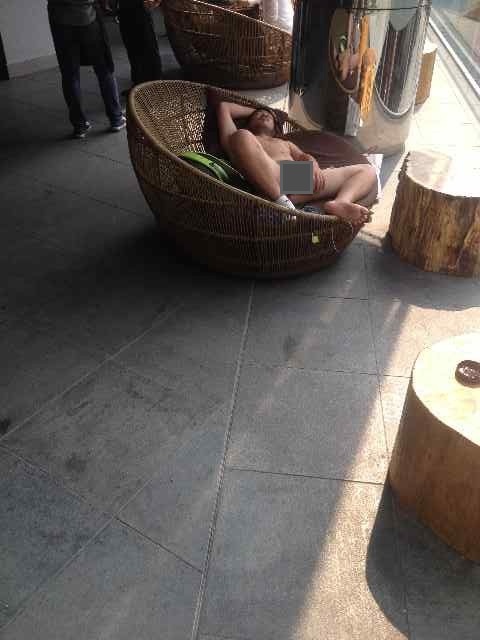 This via an anonymous tipster:

A friend sent this to me after her midday coffee at the Starbucks in Sanlitun. As she walked out of the top floor she spotted a man passed out on the patio chair, spread eagle and wearing only a sock. The police came to ask what he was doing then dressed him in a garbage bag. I’m still left with questions. All I want to know is where is his other sock, how long was he sleeping there for all of Sanlitun to see and what kind of party did he go to?

What kind of party, indeed. Sanlitun is on a roll: a month and a half ago we saw this passed-out laowai on the steps of Nali patio, though he at least had the good sense to stay clothed.

If you want the uncensored, NSFW version of the naked napper – (squint hard enough, Beijing expats, and you might see a bit of yourself in that pic) — click here.