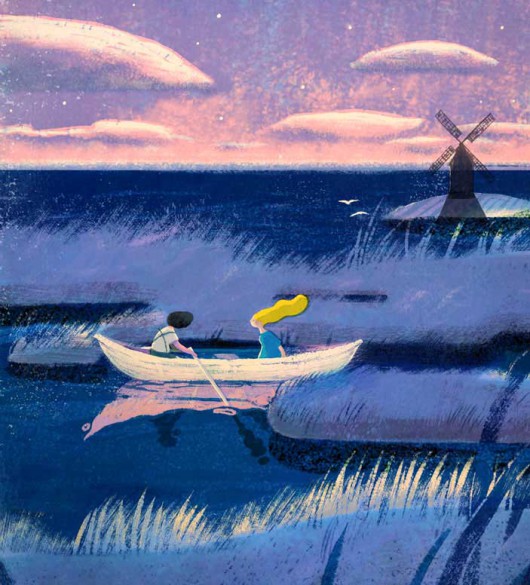 Feng was born and grew up in Haining, Zhejiang province. Her mother, also an artist, encouraged Feng to study violin, clarinet and choir as a child.

“But I found illustration was my true love,” she says. “After passing the entrance exam for senior high, I started to play an online doodling game and found the fun of painting. I gave up my violin and online games to embrace art.”

A combination of natural talent and dedicated practice brought Feng to the attention of the art community, and she began to serialize her illustrations in teen magazines. She published Tong, her first album of paintings, while still a sophomore in 2011.

Known for her warm and sweet style and moving stories, Feng won loads of adolescent fans. In the following two years, she was busy with autographs sessions for her albums.

“People were already calling me an influential and successful illustrator, but that label really confused me,” Feng says. The approval and economic independence showed her what could succeed in China.

“But at the same time, I felt like a machine rather than an artist who poured her energy into creating better works,” she says.

For Feng, saying goodbye to her past “success” and starting an art journey in a new environment was the best way to grow. After graduating from China Academy of Fine Arts, Feng flew to Baltimore to pursue a master’s of fine art in Illustration of Practice at the Maryland Institute College of Art.

Compared to the dreamy and delicate style of her earlier works, Feng’s work since arriving in the US has become concise and ironic.

In her 2013 series Flowers and Girls, Feng invites viewers into the soft inner world of modern females. While flowers may be a source of happiness for a young girl, a mature woman cares more about whether or not she is more gorgeous than the flowers.

In one of her editorial cartoons published in the New York Times, Feng depicts the dilemma of digital technology and the Internet. In the picture, PCs, TVs, smartphones and tablets surround a tall man who kneels on ground while attempting to deal with life and work at the same time. The ludicrous scene is the norm in the digital age, and Feng’s concise representation makes viewers question whether digital technology can really simplify people’s lives. 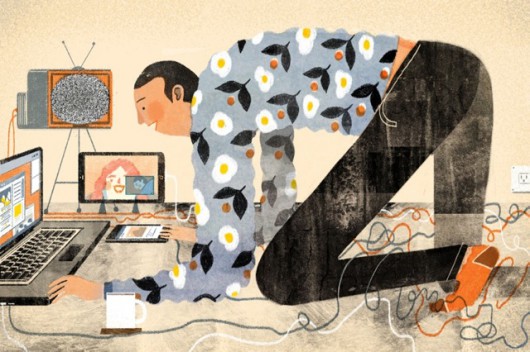 Feng also hoists up herself as the star of her creations. In “Fat Ladies,” Feng records her free life in the US and how she learned to accept and appreciate her own beauty as an overweight woman.

“I was mocked by lots of mean men because of my weight. I often wore men’s clothes to hide my low self-esteem. Now I’m confident enough to face my weight and use my works to tell other fat ladies that they can be gorgeous,” Feng says.

Finding her confidence may be Feng’s biggest change since living abroad. After graduating from MICA in Baltimore last year, Feng moved to New York to work as a freelance illustrator.

The competitive environment has put her through bouts of depression, but Feng has become a regular contributor to mainstream media since getting her first editorial cartoon published in Fast Company Magazine last August.

“Unlike China, where illustration is a low position, it seems everyone in New York loves illustrations. You can see them in advertisements, subways and on the covers of many novels,” she said. 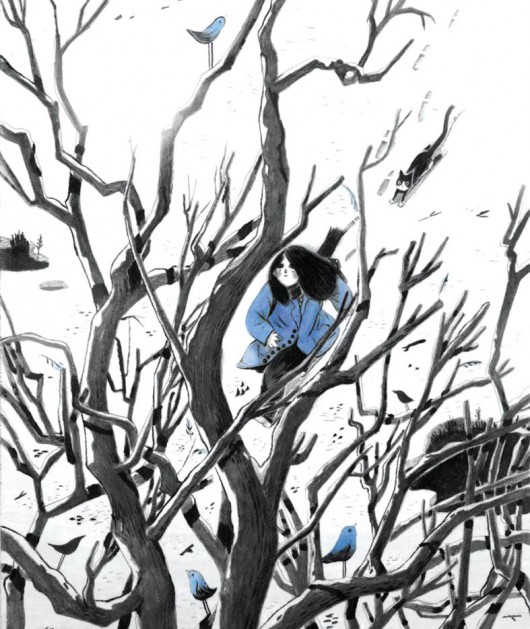 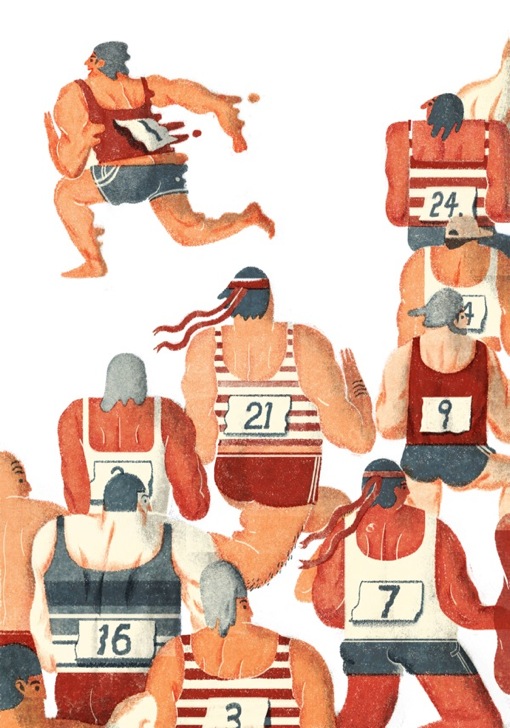