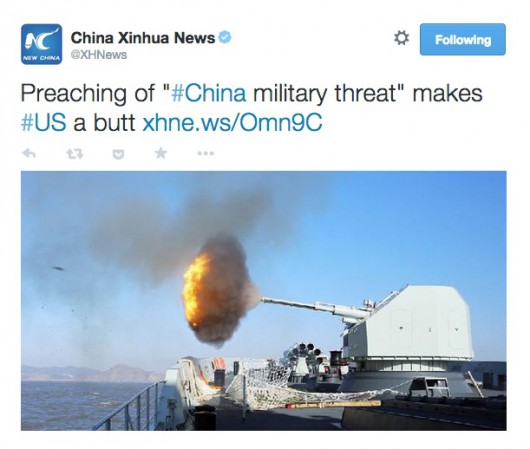 The allegation, along with its outcry over Chinese military budget and so called “cyber attack,” only makes Uncle Sam a butt and exposes its consistent indecent tactics in addressing China’s peaceful development.

I resent my nation being called a butt, because I know you are but what am I

9 Responses to “Xinhua News Calls US “A Butt””