A couple of years back, chinaSMACK reported on the qualifications for a “Chief Pornography Identification Officer.” Leave it to the clever folks of Global Times to whip up this handy infographic, published yesterday.

We especially like the section titled “What is considered pornographic?” A woman in a bikini outside the proper context — the bedroom and not the beach – could well be considered unacceptable. 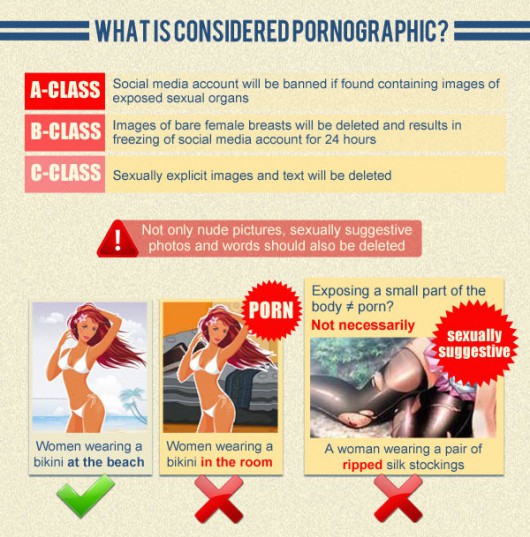 Have a look at the rest. What do you think, could you do the job?