Strange to imagine there was once a time when Forbes had a Beijing correspondent. A time of dragons. “Ancient times.”

Yesterday, an editor at the venerable in-flight magazine of Trump Airlines published an article by one of its many, many, many useless contributors entitled ‘China Expert: I’m Drunk,’ in which the author has a chin-stroker of an evening with a China expert who admitted to having already sunk a bottle of claret and several jars.

The conversation indeed sounds like something one might overhear between Martin Jacques and a barstool around closing time at the Bull and Bear.

Other than being British, the writer of a recently “well-received book” and “not on Twitter,” the expert is unidentified but drunk, you say? 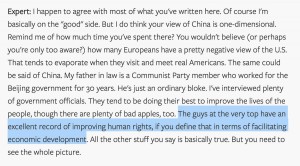 Sounds like he’s been drinking deep of the Cup of Tea.

This has the makings of a promising series: Maybe next week Forbes can huff paint with Dave Shambaugh and ask if he’s cracking up? Note: “Chinese conglomerate HNA Group is in talks to buy a controlling stake in the owner of the publisher of Forbes magazine” 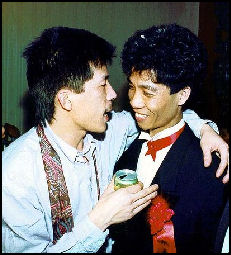 Soon, this is how all China watching will be done

UPDATE 25/4 15.04 – A reader alerts: Forbes seems to have taken down the article without comment

Leave a Reply to maitri shah