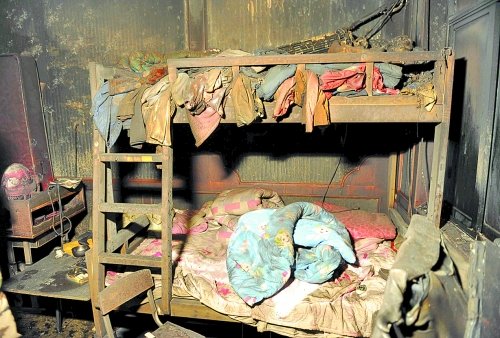 Yesterday at around 8:30 am, a fire at a private (unofficial?) orphanage in Lankao county, Henan province killed seven children (four on the spot, three en route to the hospital). The home was owned by Yuan Lihai, a former street vendor who is the adoptive mother of more than 100 children. UPDATE, 1/6, 4:28 pm: It was six children and one 20-year-old young adult. See this post for more details.

Around 39 children live with Yuan across her four properties. Global Times:

Her story made her a well-known and appreciated public figure, despite lingering doubts about her capacity to take care of so many children and her use of the kids to collect money from the government and private donors.

According to the Henan paper Dahe Daily, netizens reported spotting “black smoke” rising from the rooftop of Yuan’s residence. The number of children who were in the house and the number injured are unknown. A local official said they’d take measures to improve the living conditions of Yuan’s orphans.

The cause of the fire is still under investigation.