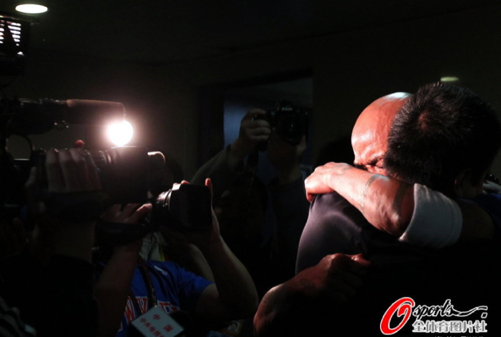 Video — plus more photos (all via Sina) — after the jump.

There he was at the end, the clock frozen at 15.9 seconds even though the ball had been inbounded, hugging teammate and captain Chen Lei. If this were a movie these two would have been at mid-court to soak in the moment, but no matter — they were still cynosure of all eyes, the captain who barely recovered from injury for this postseason and the 35-year-old veteran on his fourth team in four years, including three in China… they had just led the Beijing Ducks to their first CBA finals in their 17-year-history.

But then, as Chen Lei patted Stephon Marbury’s back and released his arms to go do something else, a strange thing happened: Marbury didn’t let go. He couldn’t. His head buried in Chen Lei’s shoulder, there was a brief moment of awkwardness before the two men disengaged. Had Marbury been… crying? The ball was taken back out-of-bounds as the clock problems were fixed, and that’s when Ducks coach Min Lulei took the opportunity to sub out his point guard. Egged on by the PA announcer, the home fans chanted M-V-P, and why not? Marbury scored 52 points in Game 2, 53 in Game 3, and tallied 30 points, 9 rebounds and 8 assists in this most recent contest, a 110-98 win. The crowd repeated those English letters: MVP. And that’s when Mabuli, as he’s called around these parts — or “Lao Ma,” an honorific for the old vet — began to get emotional.

No matter what happens in the CBA finals — a best-of-seven series that begins Wednesday when the four-time defending champions Guangdong Southern Tigers roll into town — Marbury has had his shining moment in Chinese basketball. And to think, only last week he was defending himself against allegations of hitting a fan.

His contributions can’t be summed up here. Count me as among the converts — and not just because of his accomplishments this series. Beijing is one of the youngest teams in the CBA, yet Marbury has managed to lead the Ducks to their most successful season ever. “I have never played with such a great player as Marbury,” Chen Lei said earlier this season, as translated in Guan Weijia’s story in Sheridan Hoops. “He is a great player and a great teammate. He always likes to create shots for us, but when we can’t score, he’ll stand out. Every game, every time.”

He was, of course, selected the series MVP. 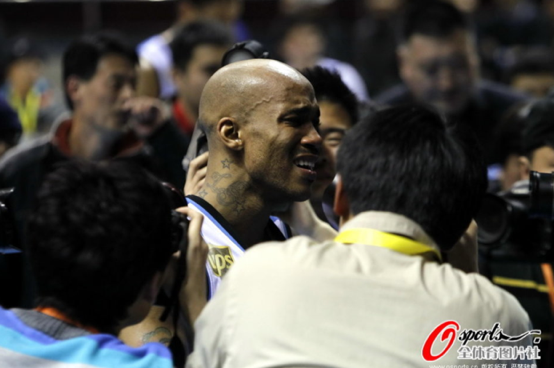 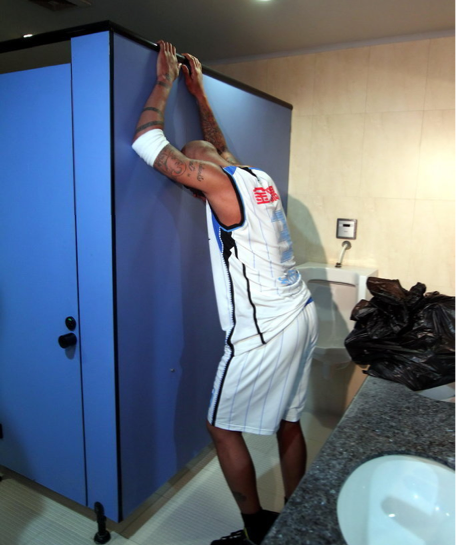