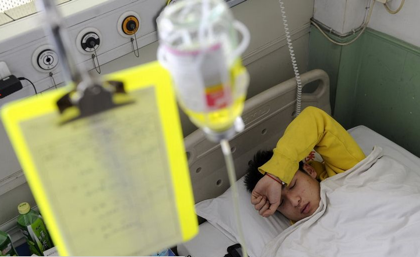 Jon Pastuszek of the excellent NiuBball was, I’m sure, waiting as anxiously as I for tonight’s fifth and final game between Shanxi and Beijing. Unfortunately, we’ll all have to wait a little longer. Per Pastuszek’s translation of an official CBA release:

In order to ensure league safety, Game 5 of the 2011-2012 CBA semi-finals between Beijing and Shanxi has been posponed, as has the finals. The schedule is as follows:

1. Game 5 of Beijing and Shanxi’s semi-finals series, originally scheduled for Wednesday March 14, will be postponed until Sunday March 18;

2. Game 1 of the Finals, originally scheduled for Friday March 16, will be postponed until Wednesday March 21. The series will then continue on its normal Friday, Sunday, Wednesday format.

Meanwhile, the poor Shanxi fan that allegedly got hit and kicked in the head, Cao Mou (pictured above in the hospital), has apparently received some mean-spirited text messages recently, such as, “You lowly, despicable person,” “Go fuck yourself” and “Big Shanxi, your dog penis…” Who says CBA fans aren’t passionate? 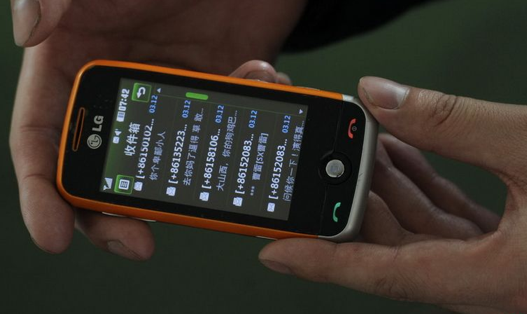 Pastuszek also has a great follow-up to all the brouhaha from the past few days in a post titled, “CBA fans: A history of throwing stuff”:

For all of the coverage and commentary that has flooded Chinese media since Sunday’s ugly scene in Taiyuan, it’s been the three words that were smugly offered by Beijing Ducks head coach, Min Lulei, that have stuck out to me the most (which can be seen at the very end of the above video):

Shady officiating? Been there, done that. Blocking of an opposing team’s bus? Check. Throwing stuff onto the floor? Yep and then some.