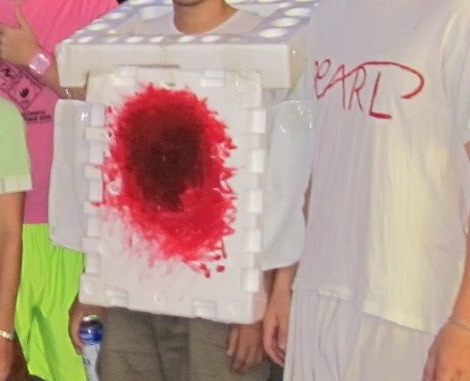 Some government departments in China ask its female civil service candidates to write about their menstrual cycle. As China Daily first reported among English media:

She said she was told to fill in a form that asked about the date of her first menstruation and her menstrual cycle.

Seems reasonable. Following this country’s example, we asked the contributors of Beijing Cream to talk about their time of the month — that bloody, bloody, disgusting time.

When I get my period, I am already prepared for it so I don’t worry too much. Also, apart from the cramps which can be solved by period painkillers, if you wear tampons, you really don’t feel a thing so it’s almost as if it didn’t happen. Some women though feel extreme pain and discomfort and it’s probably the worst thing (besides pregnancy) a woman can go through. However, I don’t feel uncomfortable being asked about it because it’s actually one of the best things. If I can put up with it every month, I will forever have a reason to tell men to suck it because they have no idea and will never have any idea and can therefore never be better than a woman. And if you reject my application for the civil service because of my answer, then fuck you all sexist bastards.

Anyone who’s taken biology should know this: it’s three to five days of period (on average) for a 28-day cycle (on average).

6 Responses to “The Ladies Of Beijing Cream Talk About Menstruation”