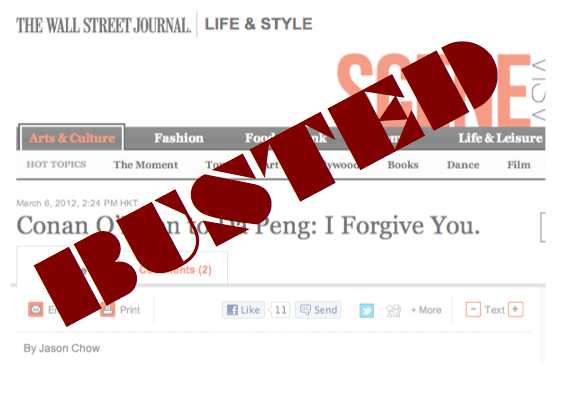 As R-Truth would say: You got got, WSJ.

Because that’s what happened.

Let’s get the requisites out of the way first: blogs work differently from old media. That’s what they say, isn’t it? Yet you’ll be hard-pressed to find such an egregious abuse of an administrator’s rights on a blog owned by any money-making company anywhere. Should I remind everyone that we’re talking about the Wall Street Journal here?

At 2:36 pm, Jason Chow posted a WSJ China Real Time Report story titled, “Conan O’Brien to Da Peng: I Forgive You.” I thought: fantastic! New video! But the only two embedded videos in the post were Conan calling out Da Peng and Da Peng’s response. Here were the concluding paragraphs: 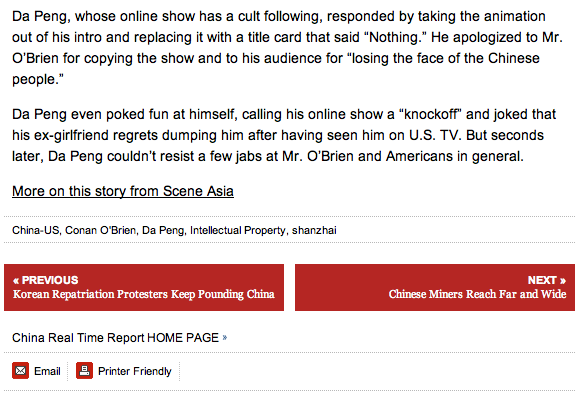 This struck me as strange. That first Conan video appeared more than a week ago and was blogged here six days ago. That second video, via Tea Leaf Nation, was from four days ago. And WSJ’s headline? Total nonsense. Where does Conan forgive Da Peng?

I casually g-chatted BJC senior editor RFH to this. He suggested the joke “China Time Delay Report.” It seemed good for a chuckle. I don’t comment often in WSJ, but I tried posting:

I made an aside to the nonsensical headline and threw in a link to this site. For whatever reason, the comment bounced. I tried a second comment without the URL and that bounced as well.

But RFH was able to get a comment posted, then a second: 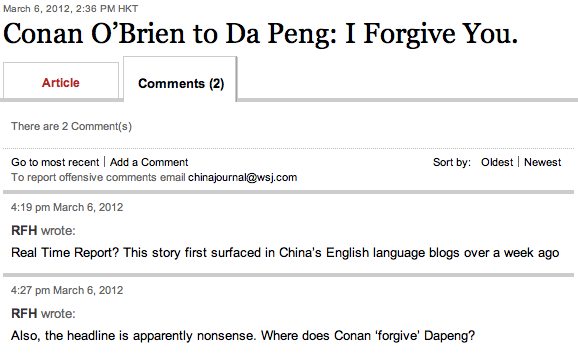 This episode was cleansed from my mind. An hour or so later, a friend sent me the link. I’d already seen it, I told him. I clicked on it anyway. And… oh. Something was a bit… different: 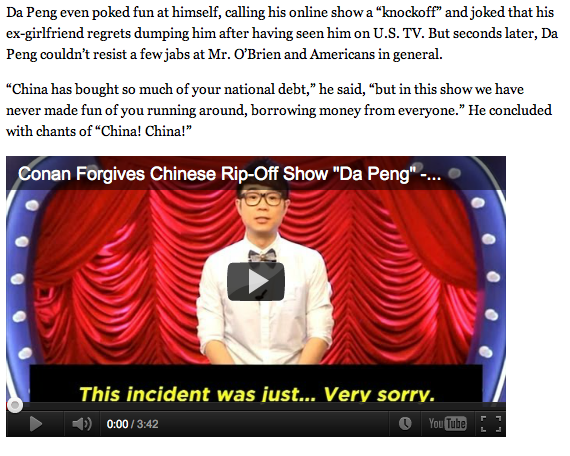 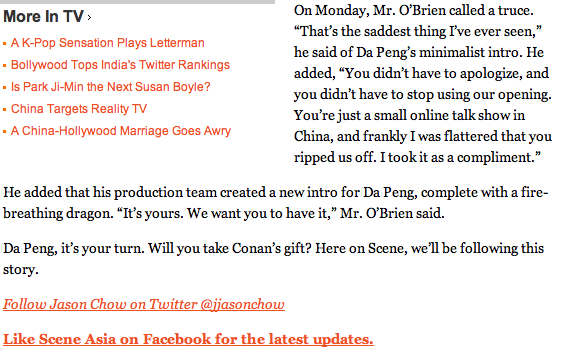 Four added paragraphs. And this: 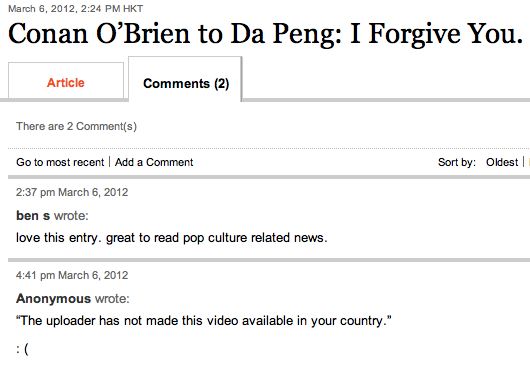 And the best part? No one saw a thing.

4 Responses to “Today In Shitty Online Journalism Ethics: Don’t Do What The Wall Street Journal Just Did”