In the 82nd minute of last night’s Shanghai Shenxin vs. Qingdao Jonoon Chinese Super League soccer match, which was televised nationally on CCTV-5 (and simulcast on Beijing’s biggest local station, BTV), Brazilian striker Antônio Flávio of Shanghai gratuitously kicked the legs out from under Qingdao’s Zheng Long a Qingdao player, then appeared to swipe at Qingdao’s Zheng Long with his fist. It’s unclear from the above video whether he made contact, but Zheng sure made it look like he took a haymaker. Chaos ensued, with benches clearing. After being shown a red card amid a developing fray (five total red cards were given that night, including one to Zheng Long for no apparent reason), Flávio appeared to backtrack, unsure of the mess that was enveloping him. Two Chinese dudes then went at him with ill intent, trying to punch him (or something), and that’s when the Brazilian hightailed it for the tunnel.

Chinese Super League wants to be taken seriously, and why shouldn’t it be? World-famous Anelka plays in Shanghai (alas, not Shenxin, but the city’s other team, Shenhua), and soccer is generally pretty big here. So one wonders what the biggest embarrassment of last night was: that the skirmish happened — a “brawl,” as some would call it, even though it lasted barely four minutes and no one landed any punches — or that no one on the English Web seems to care.

We shouldn’t say no one. Shanghaiist has a story, after all, but do a Google search and watch how few results turn up. (Note: It’s got at least one more result than before, in this post, but there were exactly three hits this evening: from Shanghaiist, Shanghaiist Mobile, and a short mention on a message board). One wonders whether CSL officials might want to play up this incident, in stark contrast to China’s basketball league, which was doing its damnedest to turn attention away from controversy during last month’s playoffs.

Chinese Internet seems pretty active though with chatter, so that’s a good sign. Even on a Sunday night when everyone had something better to do, it’s heartening to see that two of CSL’s middling squads, playing in fog on the crappy turf of a half-empty stadium, can still quicken the Chinese sports fan’s pulse for one second or two.

Here are some hilarious photos of the incident from Sina: 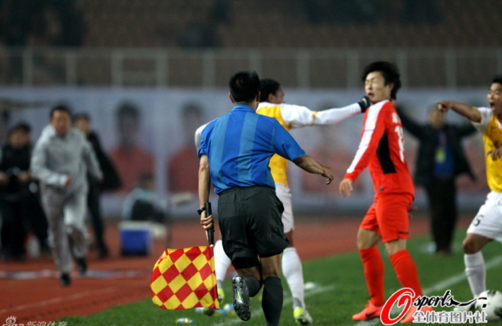 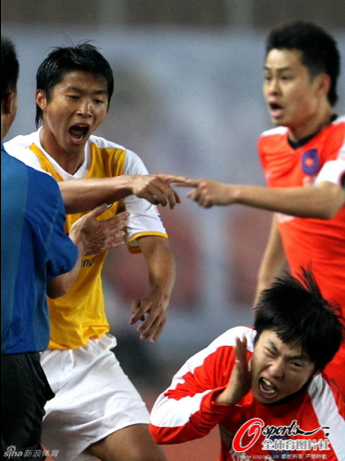 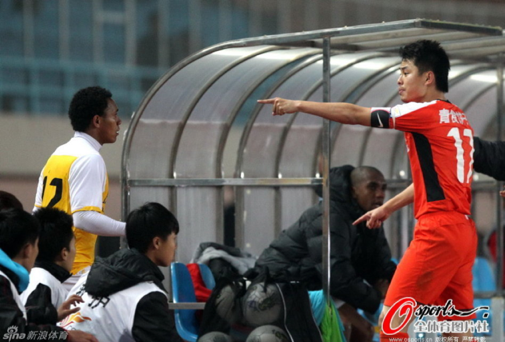 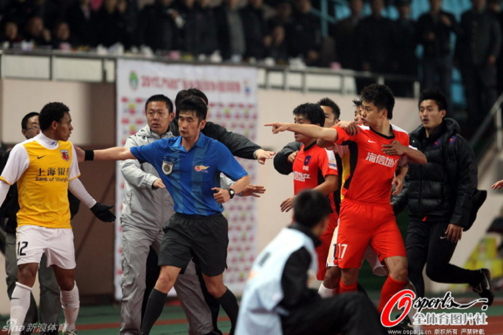