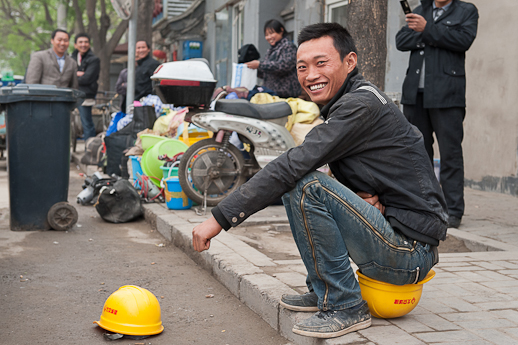 You only have four hours to vote in City Weekend’s 10th annual Readers’ Choice Dining and Nightlife Awards! Or you can read links.

Hordes of police were out last Wednesday in Sanlitun checking IDs. Is this why? “Articles across the English-language state media are reporting that the government intends to crack down on illegal foreigners in China.” “China state-owned media is once again reporting a crackdown on foreigners who live, work and travel the country without the proper credentials.” [Lost Laowai] [Shanghaiist]

If you’re still worried about drinking Lipton’s tea, this may or may not ease your mind: “Officials from the Ministry of Agriculture have said that China’s tea products have a high safety level overall and the country’s regulations on pesticide residue levels are in line with international standards.” [Xinhua]

Corollary: And as Shanghai Daily helpfully elaborates, “Illegal pesticide residue found on tea is caused by the wind blowing it from other crops, according to the Ministry of Agriculture and the Ministry of Health.” 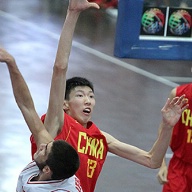 Belated, from last Wednesday: What are they feeding this kid? Pictured to the right: Zhou Qi, a 7-foot-1 center who recently completed a tournament in Mannheim, Germany to prepare for the U17 Worlds in Lithuania in June and July. “‘The major thing I learned was that players are a lot more physical and stronger in this tournament than what I was used to before. I learned a lot in playing more physically at center,’ said Qi, who finished as the top shot blocker with 4.2 blocks per game in Mannheim.” [FIBA]

Did Global Times forget to publish this Stephon Marbury story three weeks ago? “Stephon Marbury sank down on the court with his face in his hands and started sobbing, amid the applause and standing cheers of ‘MVP’ from the audience at the Beijing MasterCard center…” one month ago. [Global Times]

One Response to “Top-of-the-Week Links: Several basketball stories, plus a crackdown on illegal foreigners”