Wall Street Journal recently interviewed the organizer of one more controversial speed dating events in recent memory, one in which ladies paid 4,800 HKD to spend an evening with “foreigners” (white men) who paid nothing. Here’s what Rachel Chan, founder of HK Speed Dating, had to say for herself:

“When it comes to foreigners of the top 0.1% kind—those bank managing directors—all they ask for is someone smart and financially independent.”

That makes sense. Sometimes, men just need a woman to prove she’s worthy of their love by paying $618.

I believe there’s a word to describe the act of explicitly paying for the company of another person. But when a man does it, this type of “prostitution” is illegal, but when a woman does it, it’s speed-dating?

What does Chan have to say about the ad in which a young girl looks longingly at a white dude?

“This event, I made a mistake because my assistant did the flier. I didn’t approve it. If I saw the photo I would not have used it.”

“Throws her assistant under a bus,” RFH notes.

But the company doesn’t limit itself to collecting fees only from wealthy women. Ms. Chan said this weekend her company is hosting a dating event that matches female flight attendants, who will attend free of charge, with men who will pay HK$5,000 to mingle with them.

So far, about 10 men have signed up for the event, which isn’t restricted based on nationality for men or women. She refused to disclose the location, out of fear of sparking further backlash, but says that the event shouldn’t be construed as just a way for men to meet good-looking women.

Why flight attendants, then? “It’s not necessarily because they’re pretty,” Ms. Chan explains. “It’s because they travel around the world, and can carry on a conversation,” she says.

Also, because of Catherine Zeta-Jones from the movie Terminal. She’s still got it. 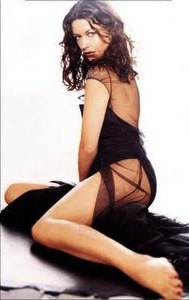