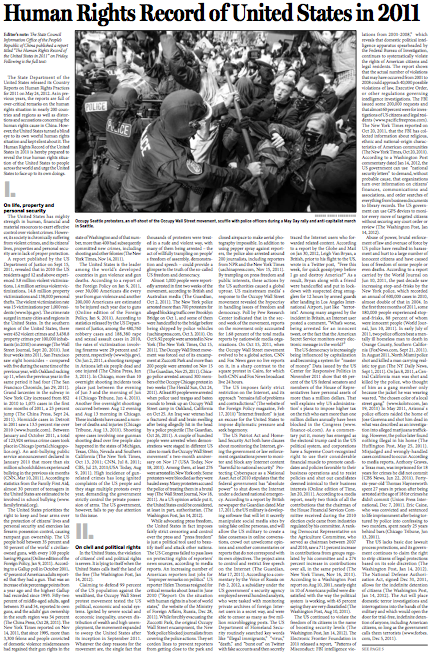 Last Friday, the State Council Information Office of the People’s Republic of China published a report called The Human Rights Record of the United States in 2011. It was in response to the US State Department’s Country Reports on Human Rights Practices for 2011, which featured information on about 200 countries, China included.

China’s report, published on Xinhua, et al., was about 8,000 words. We read it so you don’t have to — and brought in TAR Nation to explain what it all means.