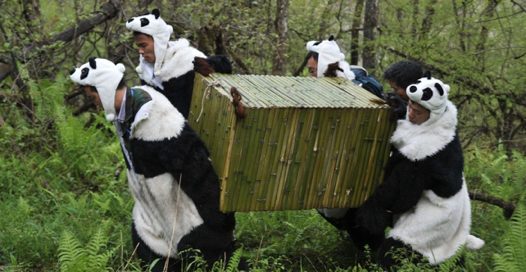 Photo by AFP via BBC the Atlantic (H/T David B)

We launched our Bar and Club Awards earlier today. Take a moment to go look at the categories and vote if you haven’t yet. Then, links.

Remember this guy? “Mr Bo drew up three alternative cover-up stories for the planned assassination of his police chief Wang Lijun, according to a startling new report.” [Telegraph]

Corollary: The strangest photoshopped picture I’ve seen in a big-media company in a while. [Bloomberg]

Here’s a guy you don’t remember, but he’s linked to Neil Heywood and a “£40-million property empire.” “Gu Kailai’s personal office in Beijing is the base for a highly profitable firm run by the mysterious French businessman, Patrick Henri Devillers, who is at the centre of her affairs.” [Telegraph]

Attention grabbed. “Let’s stop jacking the Chinese around. We do not care a whit now — nor have we ever cared — about their human rights or any other aspect of their lives as long as they satiate our unbridled appetites. To pretend otherwise is to deny centuries of exploitative history in which the West drugged the Middle Kingdom and plundered it for its resources and cheap labor while obliterating any sign of popular resistance to our imperial sway.” [Robert Scheer, Huffington Post]

A summary of Chen’s story. “As my longtime friend, the Chinese activist Chen Guangcheng, recounted his daring escape, I joked to him that blindness was his secret weapon. Chen, blind since age 1, had chosen a moonless night to make his move. Darkness was normal.” [Melinda Liu, The Daily Beast]

Lukas Klein convincingly pans Chan Koonchung’s The Fat Years. “The obvious touchpoints for such political paranoia in English and American literature are George Orwell and Thomas Pynchon. But think of the tense urgency of Winston and Julia running from Big Brother in Nineteen Eighty-Four, or the slaphappy imagination of the ‘eleven lost days’ of the Calendar Reform of 1752 in Mason & Dixon: instead of imaginative allegories and dramatic development, The Fat Years reads like a failed experiment in telling rather than showing.” [Rain Taxi, via Paper Republic]

Bill Kristol echoes my sentiments on Mitt Romney: “I’m happy to be critical of the Obama administration as anyone is, but I think this is fast moving story. And if I were advising Governor Romney, I’d say you don’t need to get in the middle of this story. If this turns out badly, and it would be a terrible thing, it will turn out badly. People will know. … To inject yourself into the middle of this way with a fast moving target I think is foolish.” [Politico]

Would you intervene if a similar situation arose? A Brazilian beaten up by thieves in a busy shopping mall in southern China’s Guangdong Province has said he is disappointed no-one came to his aid. // The 27-year-old, known as Mozen, was trying to stop a theft in Guangdong’s Dongguan City last Friday when the gang attacked him, reported Dongguan Daily. He was taken to hospital and received 10 stitches to a head wound…. // He said he would not intervene if a similar situation arose again.” [Shanghai Daily]

“But before moving on to just how those sounds ought to be produced, I’d first like to draw your attention to the Chinese dentals.” “Many people will be aware that Chinese students of English initially have considerable difficulty with the two English dental fricatives /θ/ and /ð/, the ‘th’ sounds in ‘thin’ and ‘then’. Indeed, many Chinese students are very aware of this, and use the humorous Chinglish abbreviation, 3Q (sān - Q  = thank you).” [Sinoglot]

Did you know… “Bo [Guagua]‘s first English-language book, Uncommonwealth, was published when he was aged 17.” [China Daily]

Your girl plays three instruments interlude, in case you missed her last May:

Class of students get IV drips while cramming for exams. [Ministry of Tofu]

Infographic on “how to crash a foreign embassy.” [Tea Leaf Nation]

2 Responses to “Top-of-the-Week Links: Bo back in the news, another case of a Bad Samaritan, and finally someone dares to pan “The Fat Years””