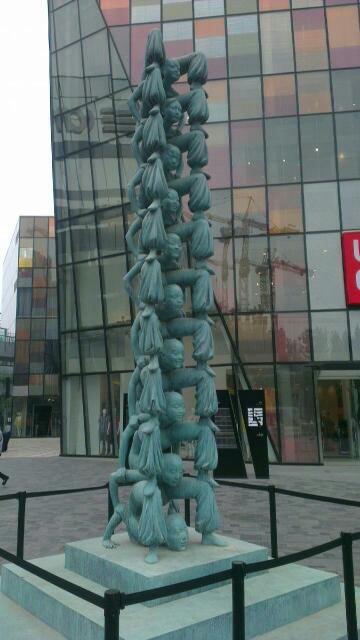 Links overflow from the week — if you haven’t had enough, read on.

Is “dead baby pills” another case of journalists too willing to take officials for their word? “Sure, it definitely looks scary, with new food safety scandals breaking out in China on a weekly basis, dead babies brings things to a new low. But before we get ahead of ourselves, let’s ask ourselves, really? // …While the Chinese never found any news in dead babies, placentas make an entirely different story. According to the Traditional Chinese Medicine (TCM) system, placentas have a long list of health benefits, including stamina boosting (sound familiar?), immune system enhancements, and even improvements for erectile dysfunction as well as spermatorrhoea.” []

Publicity stunt? Wang Yang running for office of Politburo Standing Committee? “As the story goes, while party chief of Chongqing in 2006, Wang Yang, now Party Secretary of Guangdong province and known for his liberalism among China’s leaders, visited a Chongqing farmer’s market in an area suffering acute drought. Wang asked questions of the merchants while they sat at their posts. One of Wang’s minders angrily demanded that the farmers stand while speaking with such a high official. In response, the story goes, Wang Yang retrieved a pepper from a nearby basket and hurled it at the subordinate. Wang explained later, ‘We are public servants, we should be the ones standing.’” [Tea Leaf Nation]

An interactive population density map by Derek Watkins. “At the maximum density the map allows (500 people per square kilometer), we can see where people are living the urban future today. It’s mostly in northern India and coastal China.” [Co.Exist]

The proper way to punish a bike thief, I believe, is one hundred lashes, no more and no less. “Bike theft in Beijing is so rampant that it is treated not so much as a preventable crime but rather with the same fatalism as the traffic or the smog… // Last week, I came face to face with a manifestation of this invisible, omnipresent force.” [West of Middle]

Things were so hectic, we didn’t have a memes post this week. “Sociopolitical memes in China are defined by their resilience. ‘We use the word viral,’ An Xiao says: ‘It’s viral in a very biological sense–you try squish one, it turns into a superbug and survives.’” [Fast Company]

OOPS. “The Italian sports car maker has apologized to China for a hot-rodding dummy who left permanent skid marks atop an ancient Chinese wall while doing donuts during a publicity stunt. // …In front of an audience that included state television camera crews, the stunt driver ripped and spun the sleek, cherry red vehicle across the top of the Nanjing city wall, a 600-year-old relic built during the Ming Dynasty to keep invading hordes at bay.” [NY Daily News]

So this is what passes for news in Hong Kong, sometimes. March 31′s International Pillow Fight Day in Hong Kong brought out the media, which made the tortured claim that this event was a good way to relieve stress etc etc nut graf. The website Hong Wrong made a compilation video that went online two days ago, below. Also, apparently some people on the Chinese mainland tried to start a pillow fight in Shanghai’s People’s Square. It did not take long for authorities to intervene.