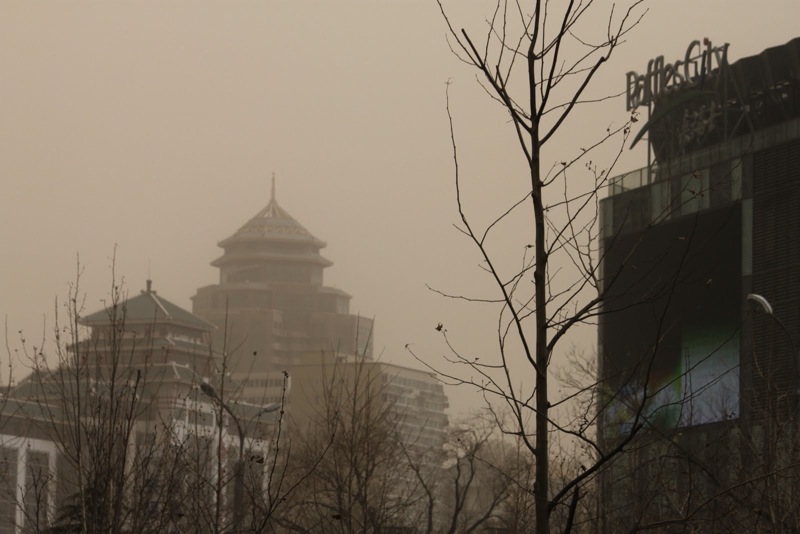 I make it a point to not talk about pollution because it’s somewhat of a cliche, especially among expats. Those who live here yet complain about the air — like, blog about it — belong in a set that we can fairly label “whiny.” And vapid. And irksome, too, if we’re being completely honest. But this…

Only the Chinese government is authorized to monitor and publish air quality information and data from other sources may not be standardized or rigorous, Wu Xiaoqing, a vice environmental minister, told reporters.

“Of course, if the foreign embassies want to collect air quality information for their own staff or diplomats, I think that is their own matter, but we believe that this type of information should not released to the public,” [Chinese Foreign Ministry spokesman] Liu [Weimin] said.

…shows that when it comes down to it, Wu Xiaoqing and Liu Weimin are the two biggest bitches of em all.

This isn’t the first time we’ve encountered Liu Weimin doing his best impersonation of a turd nugget. Here he is talking about Chen Guangcheng, and here he is talking about CGC and Christian Bale. (By the way — continual fuck-you’s to you for eternity, Liu Weimin.) It must be said, of course, that Liu has an unenviable job because he’s forced to be the face of the Communist Party’s most abominable policies and asinine opinions, but still… doesn’t he have a horse to jerk off instead of polluting our good senses with this twaddle?

Before we get too sidetracked, let me be clear about why I’m angry. I agree in principle with Wu about this: “Wu said it isn’t fair to judge Chinese air by American standards because China is a developing country and noted that U.S. environmental guidelines have become more stringent over time.” But the issue here isn’t pollution, is it? It’s a “developing” country, an adolescent, trying to sit at the adult table, but instead of being an adult, it slobbers on its bib and burps and moans, “Hey, stop being so forthright with facts, guys, hey guys, stop being so factual, because… because… because we just can’t take it!”

I’m upset at China because it acts like a juvenile, not because it has bad air. And I’m upset that we’re about to see a spate of articles talking about how “bad” the air is here, as if that news were something we haven’t known all along. I’m upset that Wu Xiaoqing and Liu Weimin and whoever their bosses are are so stupid as to think that telling the US to stop publicizing air quality data would somehow mean 1) they would stop publishing it, and 2) people would be sympathetic to their developing-country developingness bullshit.

Here’s the US Embassy’s stupid Twitter AQI feed, by the way. Go monitor it to your heart’s content — with all your heart! — as if it fucking matters.

5 Responses to “China Tells US To Stop Monitoring Its Air Quality, Then Pees In Diaper”