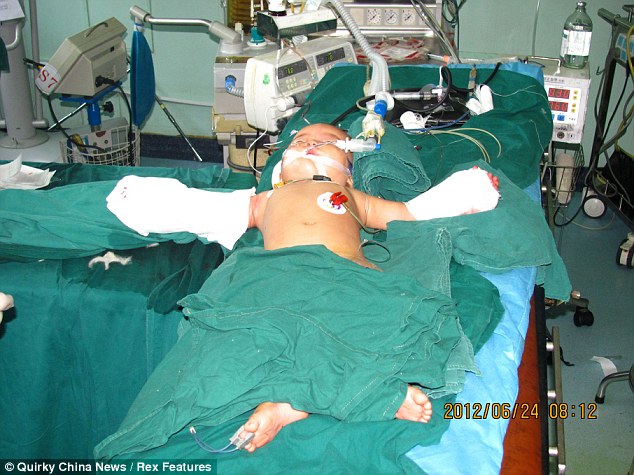 Not sure why this news story exists, existentially speaking, but earlier today, Shenzhen Media Group reported that on Saturday, a grandmother in Jinan, Shandong province cut off the hands of her eight-month-old granddaughter before trying to commit suicide (she survived). What does one do with a story like this? The Daily Mail picked it up (the photo above is from its website), and reports that it’s not known whether the baby’s surgically reattached hands will ever properly function.

This incident is currently one of the most searched-for items on Baidu, according to Baidu Beat, which tells us: “There are still no reports as to why or how this could have possibly happened, but netizens are wishing the baby a speedy recovery at the same time that they remain in utter disbelief regarding the grandmother’s behavior. It is unclear whether this was on purpose, but as it is simultaneously unfathomable as an accident, the grandmother is being described as sick, twisted, and atrocious, among other things.” I don’t care to imagine what those “other things” are. (H/T Alicia)