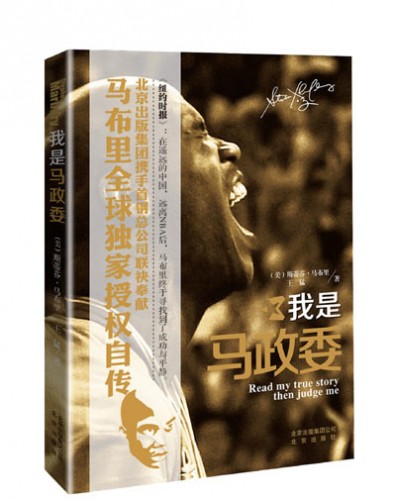 Fans lined up around the massive Zhongguancun Book Mansion this morning to see their favorite athlete, Stephon Marbury, conduct a book signing for his ghostwritten autobiography, I Am Commissar Marbury (I only assume it’s ghostwritten because it’s in Chinese). Marbury, who had been in the US for foot surgery, returned to Beijing on Thursday with his daughter. He didn’t appear to be super excited, but we’ll chalk that up to jetlag and flight delays (due to weather, the ever-detail-obsessed Chinese media informs) — and who knows what goes through a man’s mind, anyway? Especially his.

At the signing today, he told media, “Being here in China and being able to continue life and to build this story here I think is a little bit more meaningful. People are understanding in what’s taking place here in China as far as playing basketball and as far as my life.” That, of course, has been the theme of Marbury’s China story: the implication that he was misunderstood in his previous life, but not here, where his true nature has been embraced by fans who shower him with unconditional love.

Of course, you know better. Here, we have to bring up an uncomfortable truth, uncomfortable because I’m on the record as being a fan — of Beijing, the Ducks, and, by extension, their best player. It’s time to admit that the “Marbury story” has always been somewhat disingenuous. He’s never really shown his “true nature” to anyone in China insofar as it relates to anything off the basketball court. The story’s always been too slick, the product of a media that decided, from day one, to push the redemption-in-China narrative. The journalist in the video below, for example, effuses, “He rides the subway, listens to crosstalk, studies Peking opera, watches Guo’an (soccer team) — he’s completely integrated into local Beijingers’ lives.” Never mind that riding the subway, crosstalk, et al. have been the anecdotes we’ve been spoon-fed for an entire year. Feel-good stories sell, so there it is again — riding the subway, crosstalk, et al. Commissar Marbury.

It’s a great narrative, of course, full of potential for feel-good montages. And really, who’s to say one shouldn’t be able to find redemption and a new start? Marbury is deservedly popular, especially after leading an inexperienced Beijing Ducks team to its first CBA championship. But everything we’ve been told about his off-the-court life feels fake, scrubbing all mentions of his handlers and publicists. So he rode the subway — and which of his managers tipped off a producer to send a cameraman? Forgive me for saying so, of course, but the charade should be an embarrassment to all parties involved, but instead, the public has lapped it up because the narrative is so convenient. Who doesn’t want to think China has charmed Marbury, who in turn has embraced this culture and its people with all his heart for no reason other than love? We put up with the media’s fawning and Marbury’s saccharine Sina Weibo postings, like this one following the book signing…

Good afternoon China! I want to thank all of the fans who came to the book signing today. I know it was hot today as you stood in line waiting for your signature. I’m sorry I couldn’t sign everyones book today as there will be more signings soon. I appreciate you. Love is Love!

…but to what end?

The new CBA season begins in the late fall, so we can only expect more happy-shiny stories in the near future, possibly for the rest of the season, considering the Ducks are expected to be good again. But there’s that one question no one’s asking, isn’t there? What happens if the wins stop coming? Will people be so quick to buy the fallen hero narrative, and would the media dare to tear down the man they’ve so built up?

Regrettably, we have not yet obtained a copy of I Am Commissar Marbury, but judging by this news report, the pages are thick and there are a lot of pictures: 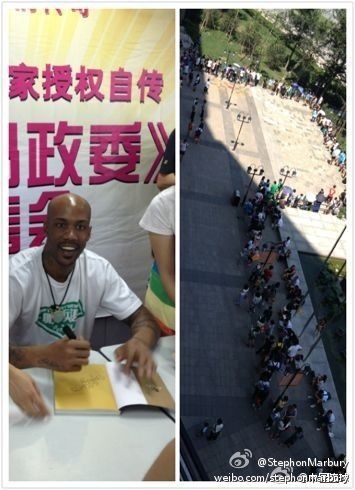