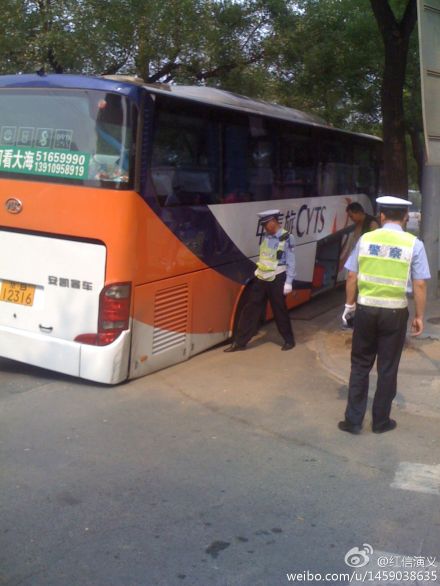 This very moment, fans of Bayern and Guo’an are milling around Workers Stadium in anticipation of tonight’s 7:30 friendly between the Munich and Beijing football clubs. Not far from there, on Workers Stadium (Gongti) North Road, a bus was stuck earlier today when part of the street caved in. The above picture appeared on Sina Weibo at 3:15 pm, and we’re told it was near the cross-street Xingfu Yicun Baxiang (幸福一村八巷).

We’ve written several times about road collapses in China, most notably a sidewalk in Beijing that swallowed a woman before scalding water flowing underneath boiled her alive. (There was also the sidewalk that sucked in a girl in Xi’an, and this, and this.) It doesn’t seem like anyone was injured in this most recent episode, and the people I know in the area say a large vehicle is not currently stalled on the side of the road, so, you know, that’s an improvement over being boiled alive. (UPDATE, 7:38 pm: The bus is still there! Pictures forthcoming after the jump.)

We would still highly recommend avoiding Gongti tonight if you’re driving though, especially around 9:30 pm, when soccer fans stream outside. 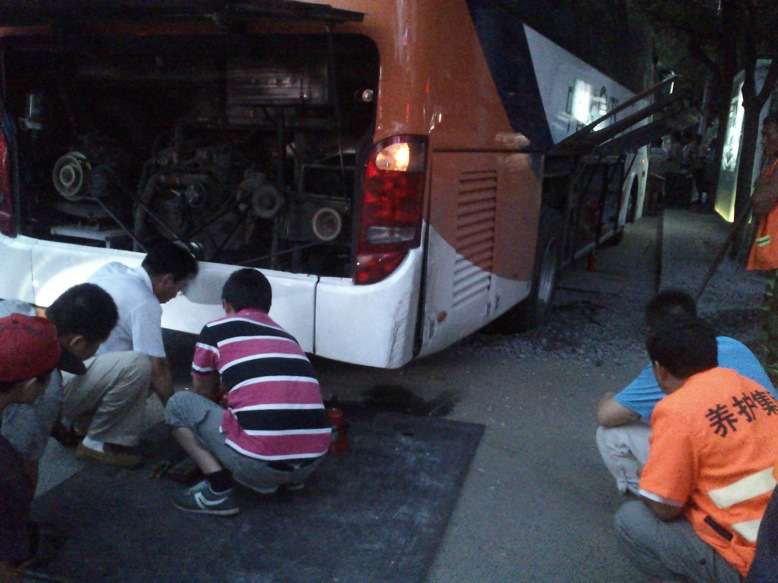 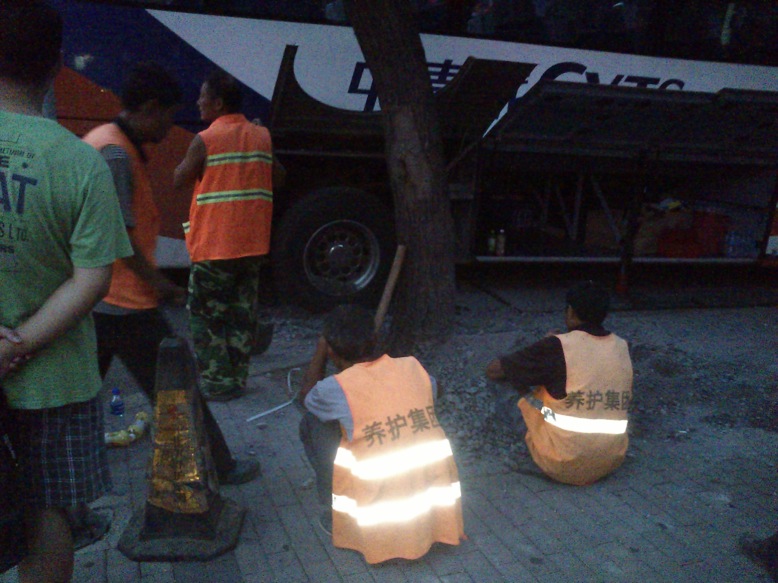 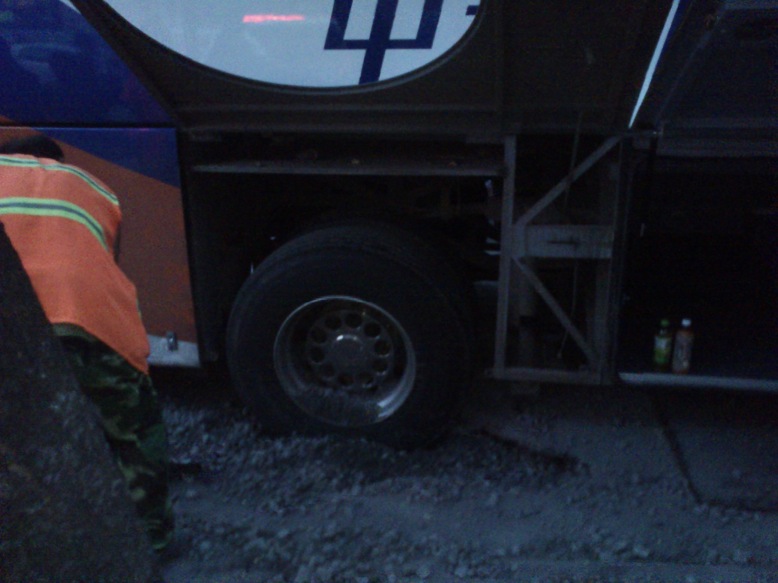 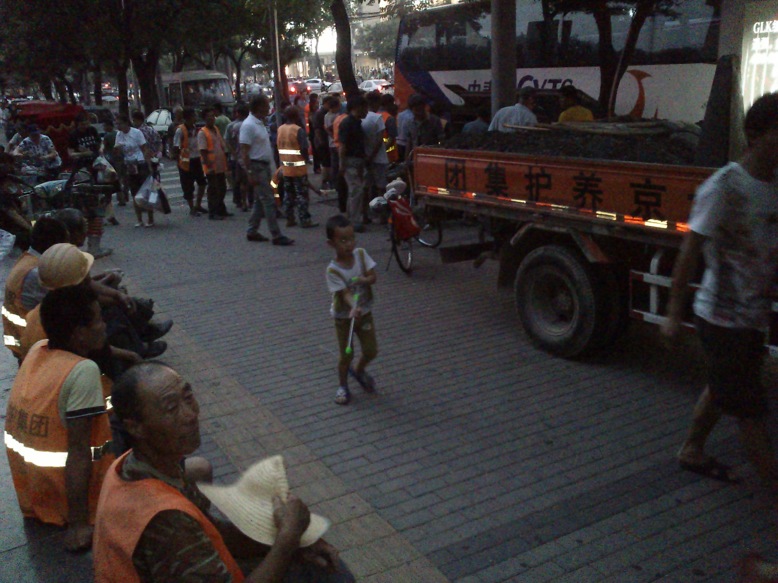