Heavy, heavy rains have again left Beijing’s streets flooded, but that hasn’t stopped tonight’s Chinese Super League match between the hometown Guo’an and Hangzhou Greentown FC. Above, the first goal of the night, putting Hangzhou up 1-0. That remains the score in Workers Stadium as the two teams slog it out in the 77th minute.

After the jump, another video of the rain, plus pictures of fans. By the way, three people have died today due to this weather: two died (two more injured) when a warehouse under construction blew over, and another was struck by lightning. 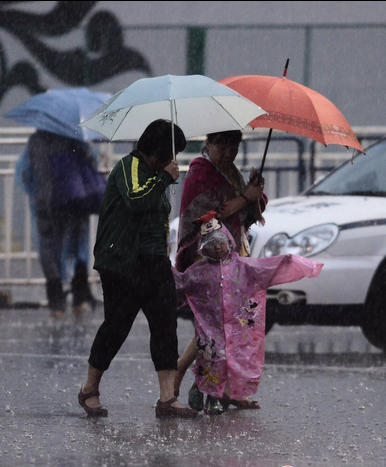 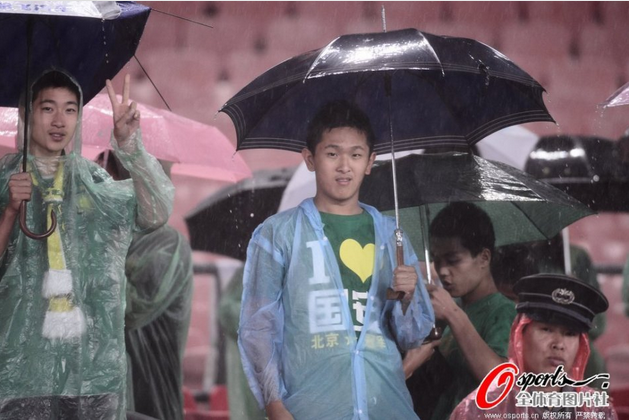 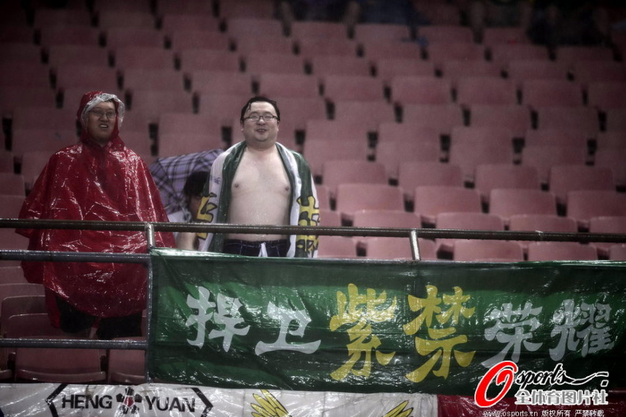 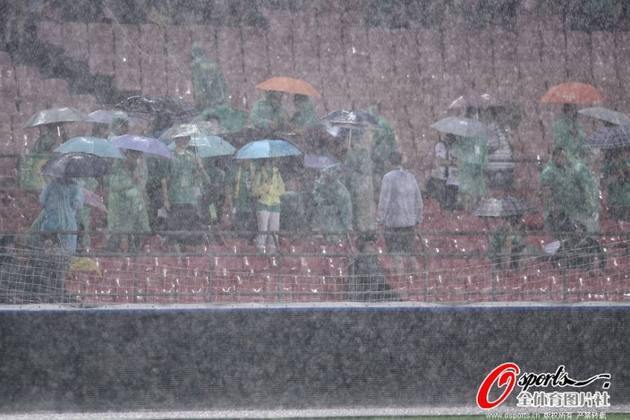 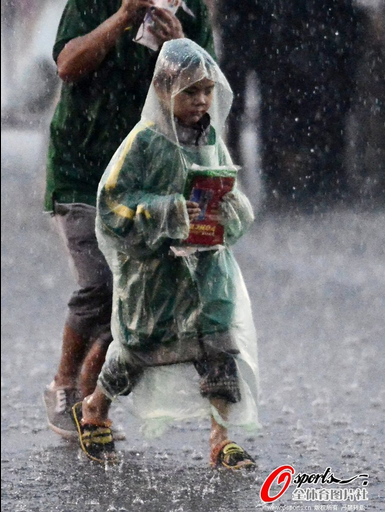 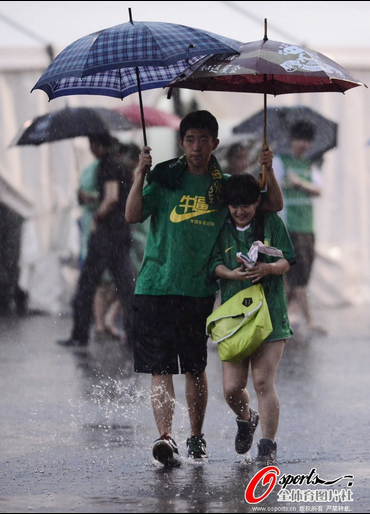 2 Responses to “In Beijing, Guo’an And Hangzhou Greentown Are Playing Soccer In A Swimming Pool”