Your incredible story of the day comes from Guiyang, Guizhou province, where on Monday a mentally ill man surnamed Xu, brandishing a long knife, tried to enter Guizhou Normal University. The guard on duty — unarmed, as all security guards and almost all cops here are — picked up the nearest weapon-like thing he could find, a metal sign that Xu had kicked down, and chased after the would-be assailant, all the while calling for help from fellow guards who were on lunch break.

Two guards, Ni Bing and Han Yimin, responded, and intercepted Xu just 50 meters from the campus’s busiest dining hall. They were seriously wounded and fell to the ground, while the third guard, Sun Kaideng, dueled it out, as captured via cell phone by a student in a car. This next part is violent, so turn away if you don’t want to watch: just after the 50-second mark, the security guard loses his footing, and Xu stabs him several times, no more than three meters from the filming student. (UPDATE, 7/7, 10:09 pm: Uncut video here.)

At the 1:05 mark, a student is seen flying into the picture with a huge kick, which sends the assailant tumbling down. Xu is soon surrounded and subdued.

Tragically, Ni Bing and Han Yimin did not survive their injuries. Five security guards, two bus drivers, the student and one teacher were rewarded up to 5,000 yuan for their efforts, while the families of the two fallen guards were given 100,000 yuan each. Sun Kaideng remains in serious condition at a local hospital. 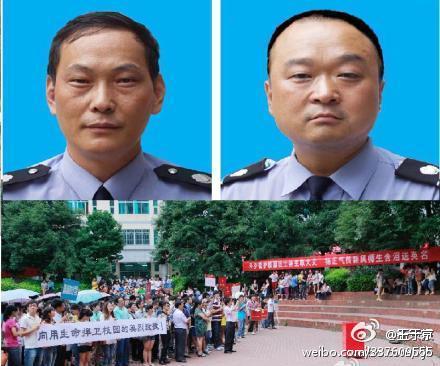 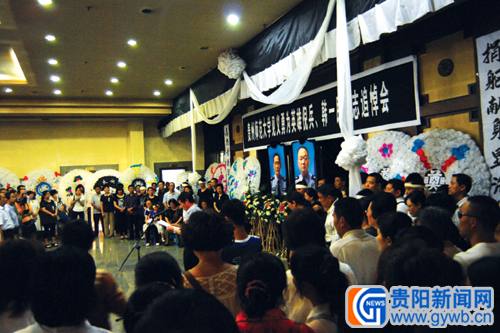 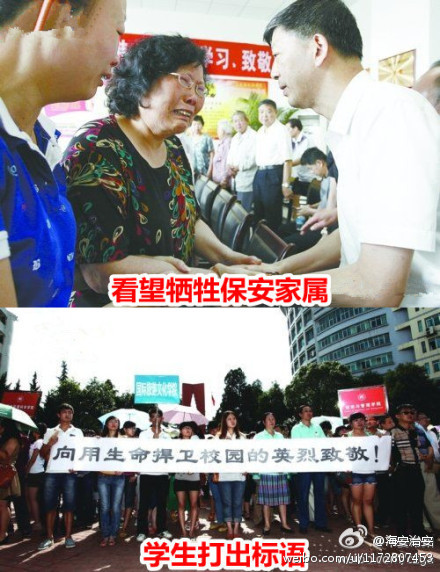