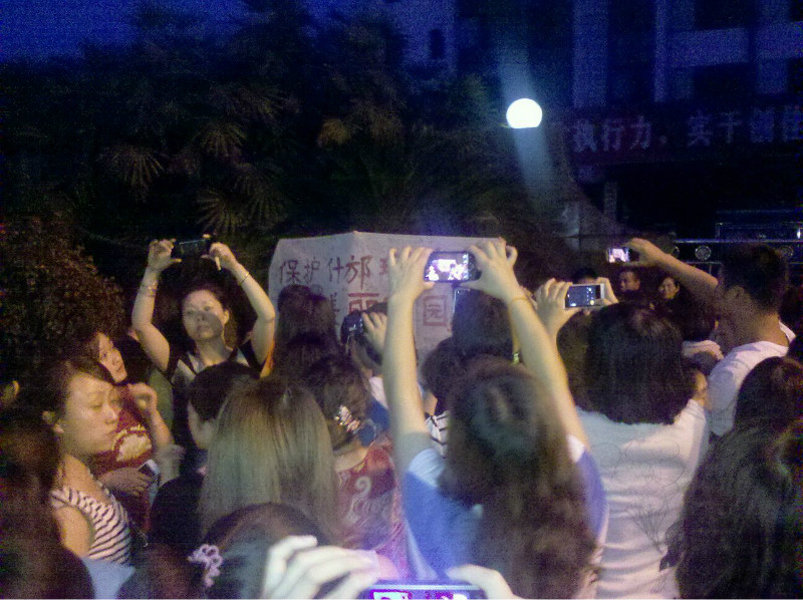 Wow. So protests in China work? At 5:58 pm today, the official Weibo page of the Shifang, Sichuan municipal government posted a message stating that plans for a proposed molybdenum copper plant, which caused protests that began Saturday and escalated yesterday, have been permanently shelved. Perhaps local leaders read the writing on the wall when the term “Shifang” remained unblocked on Sina Weibo and Baidu: they have no support from Beijing, therefore no chance of winning. (Let this be a lesson in the significance of censorship.)

The Wall Street Journal is also on this story: “The Shifang protests, which have drawn heavy attention on the Chinese-language Internet, illustrate how concern over the environmental and health effects of industry has spread from wealthy coastal areas to smaller and less-developed cities.”

Some netizens replying to the announcement — there are currently 7,456 comments and 17,595 forwards on Shifang’s post (that’s in less than three hours) — have expressed skepticism, while others are declaring victory. Writes 跳墨尔本曳步舞: “Everyone should come to this website to see: 7.2, Shifang, Sichuan opposes molybdenum project with candid community pictures, restores the truth! With pictures, there’s truth. Forward to more people who don’t know the truth…”

A victory for Weibo, then? (Another victory?) Perhaps, and that’s all well and good, but I kind of suspect we’re only in act three of a classic five-act drama. It’ll be interesting to see, in the hours and days to come, whether censors stir from their stoops and draw a line somewhere. Because there’s a funny thing about truth: it can’t be bottled, exactly, and it spreads in all directions at once, including toward mistruth. It’s a stark contrast to blame, which, as I’ve mentioned before, only trickles one direction in a one-party system: up. We’ll see how far it gets in this case.