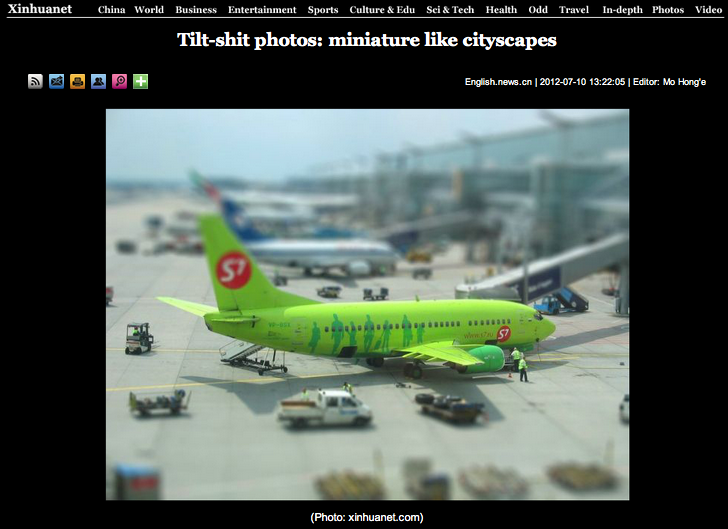 Remember, folks: to err is human.

And when you do err on official Chinese state media, like Xinhua editor Mo Hong’e, rest assured that BJC will be there to amplify the error and make fun of you.

Here’s Xinhua piece on “tilt-shit photos.” I’m a little confused by the caption though: “Photo: xinhuanet.com.” What does that mean? Did Xinhua take these pictures? Many of them are based in North America, like on a baseball diamond or Prudential Center in New Jersey where the NHL’s Devils play. Did they merely digitally tilt-shift the originals, selective focusing so that the objects in the pictures look like miniatures? But why would…

Ah, what am I doing? There is no rationalizing Xinhua’s editorial decisions. Just give us more sexy teen models, why don’t you?

Sina, which decided to run this story as well, simply put Xinhua’s headline into the caption of every photo, like so: 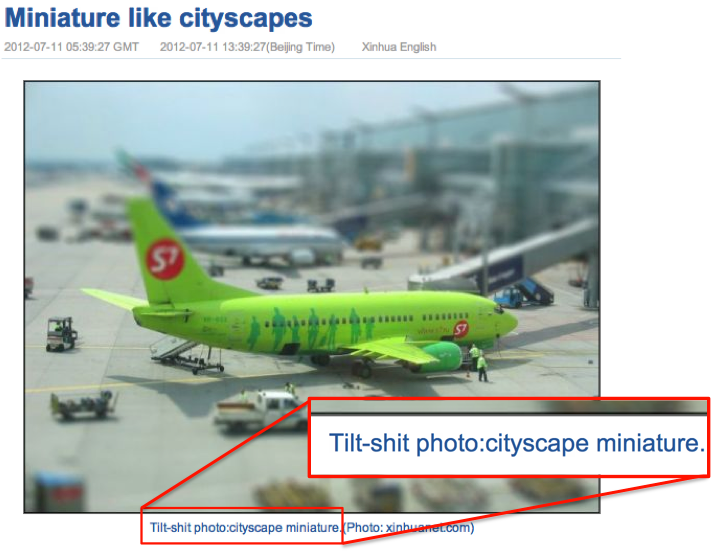 State media: gotta love ’em. It’s so much less stressful than hating them.