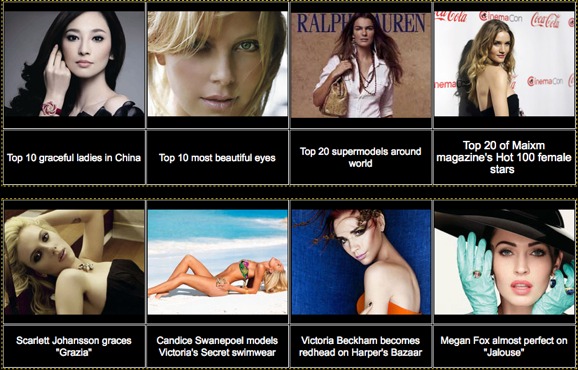 Let’s play a guessing game. What kind of website would host a series of pictures such as the above? Cracked.com? (Too classy, probably.) Bro Bible? Frat House Sports? Slingshot? Surely one of those sites with features like “The 50 Bustiest Girls on Facebook” and pop-up video ads. One of those sites in which a new tab opens with every click, leading you on a Möbius strip where dozens of pretty faces beg for further exploration, alongside titillating teasers such as, “5 Ways Modern Men Are Trained to Hate Women,” “4 Things To Stop Doing In Bed,” and “This Woman Cleans Her Kitchen With… WTF?”

What if I told you the website in question — where the above screenshot was taken — belongs to Xinhua News Agency? 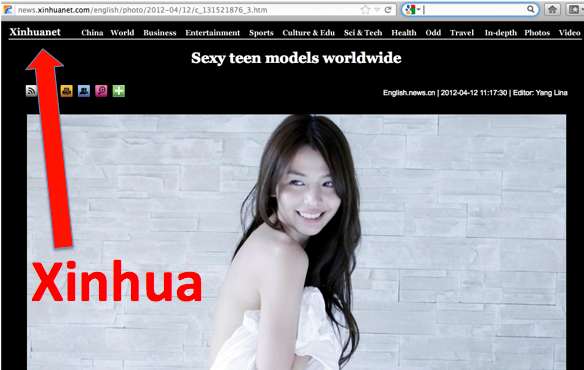 That’s right, “Sexy teen models worldwide” — along with “10 graceful ladies in China,” “10 most beautiful eyes,” and “Top 20 of Maxim magazine’s Hot 100 female stars” — is a feature that runs exclusively on none other than the online home of the official press agency of the People’s Republic of China.

Here’s more of the same… on news.xinhuanet.com, in case I haven’t emphasized that enough:

So the Chinese government’s official, official mouthpiece is in the same market for eyeballs as The Smoking Jacket, Heavy.com, Tempe12, and The Chive, et al., yes?

None of this is surprising, I should tell you. Xinhua isn’t the only Chinese portal that panders to the average human male’s tendency to get lost in the cyber morass of the unchaste. And just two days ago, I wrote, “Reality for those of us in China is the other side of the looking glass.” Need we remind you that we live in a country in which its biggest state-sponsored newspaper, China Daily, follows the likes of @sexbases, @DickAmateur, and @slavegirlm with its official Twitter account? That that same paper sends its photojournalists to take pictures of its other photojournalists in the process of taking pictures of its bosses (i.e. government officials)? And that the other state-sponsored paper, Global Times, basically nearly kills one of our columnists every week with blazen stupidity?

Oh, I dunno. Maybe I found something interesting about the fact that a “news agency” could run this lead — “The People’s Daily, the flagship newspaper of the Communist Party of China (CPC), will carry a commentary on Friday stressing the importance of observing laws and Party disciplines” — and on the very same day give us this wicked come-hither look: 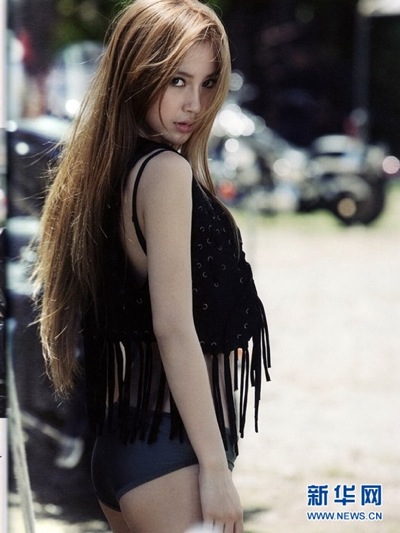 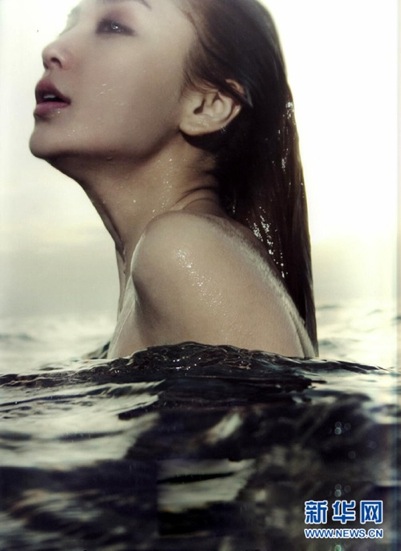 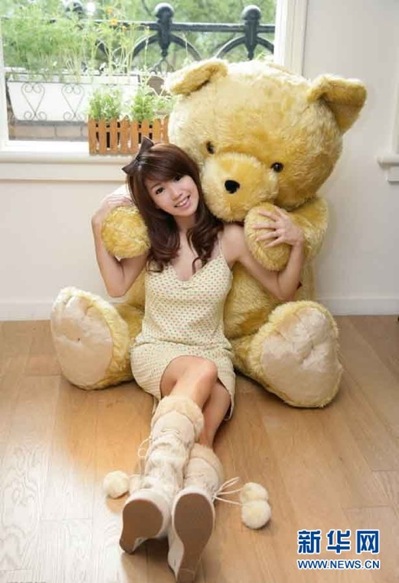 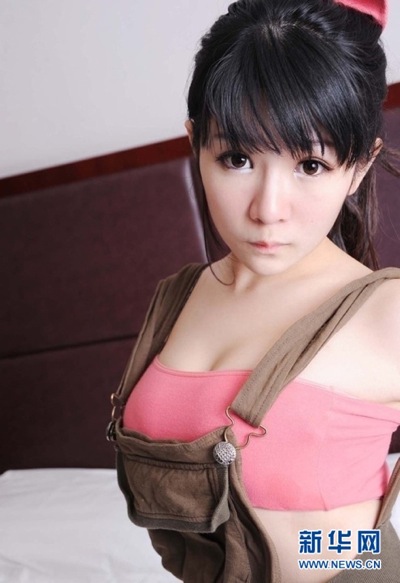 Are Xinhua’s news and smut departments even in the same building? I wonder.

I also wonder whether there’s anything I wouldn’t believe Xinhua can or might do. If someone told me that it was Xinhua spreading all those coup and Bo Xilai rumors – the latest, by the way, saying that Neil Heywood was banging Bo Guagua (you know I wouldn’t make this up) — I would not bat an eye. You know why? Because it’s not like we live in a reality in which truth matters. It’s not like the government’s official news agency needs to maintain standards. You know how they say the Chinese don’t care about politics? Xinhua — which fashions itself the first and last word in this kingdom — confirms it: the people just want sexy teen models. You know that’s true because Xinhua gives it to them.