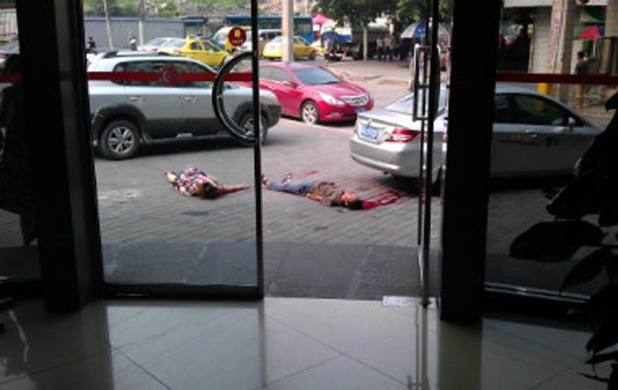 A gunman in Chongqing opened fire in front of Bank of China at 9:37 this morning, leaving one dead and two injured. China News Service reports that it was an armed robbery at Shapingba District, on the intersection between Fengmingshan and Kangjuyuan. The picture above, via ifeng, was taken moments after the gunman fled; the man in the picture suffered neck wounds and is in grave condition at a nearby hospital.

The gunman remains at large. After the jump, more pictures, plus videos of the aftermath. Updates as they come in. 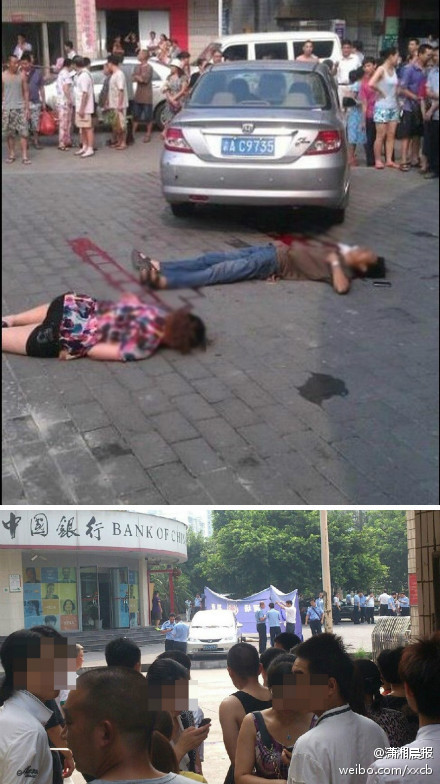 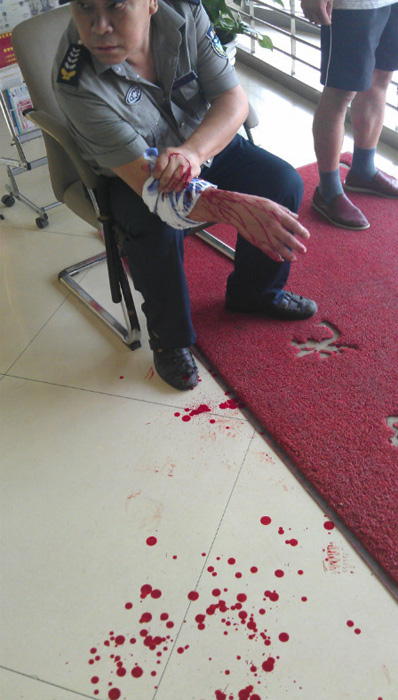