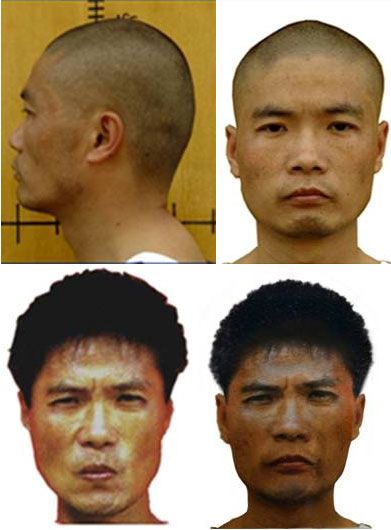 Earlier today, a man in Chongqing shot dead one person and injured two others in an attempted robbery outside a Bank of China. Police are still looking for the man, but they’ve identified him as a repeat felony offender who’s somehow still at large. According to Sina:

Police have launched a manhunt for the suspect and offer 500,000 yuan as a reward. The suspect, Zhou Kehua, is reported to be a hardened criminal, who has killed or injured several people in Jiangsu, Hunan and Chongqing province since 2004.

What is disturbing is that Zhou is still on the run.

Disturbing indeed. Here are some more disturbing images from this morning: 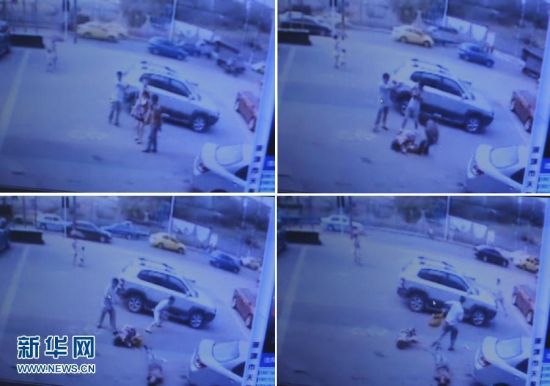 Via Chongqing Daily News, you see Zhou pointing his gun at a man and woman — a couple — before firing. The woman died instantly, while the man suffered a life-threatening neck injury.

We’re informed that the man only took a purse off the woman.