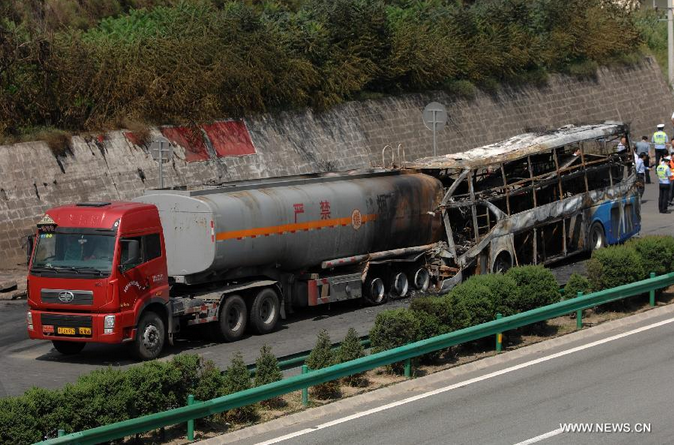 If we’ve said it once, we shouldn’t need to again: don’t tailgate road tankers carrying highly combustible elements. Between 2 and 3 am earlier today in Yan’an, Shaanxi province, all but three people aboard a 39-seat double-decker coach bus perished when the bus collided with the back of a tanker carrying methanol. At least 36 people are confirmed dead, though as Global Times rather morbidly notes, only “twenty-eight bodies have been found from the debris.” The bus was headed toward Xi’an.

Only two months ago, there was another oil tanker explosion as the result of a road accident, in Guangzhou, killing 20. “Last year more than 62,000 people died in traffic accidents, state media said, citing police figures,” according to AFP. “Vehicles carrying explosive materials — which must first get permission from the police before travelling on the roads in China — are involved in many accidents.”

More pictures after the jump via Xinhua, plus an animation from a news report of the collision. 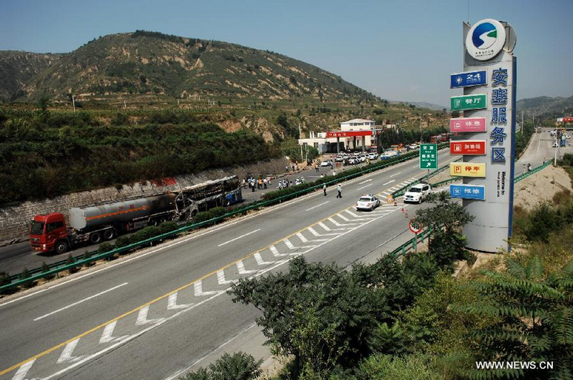 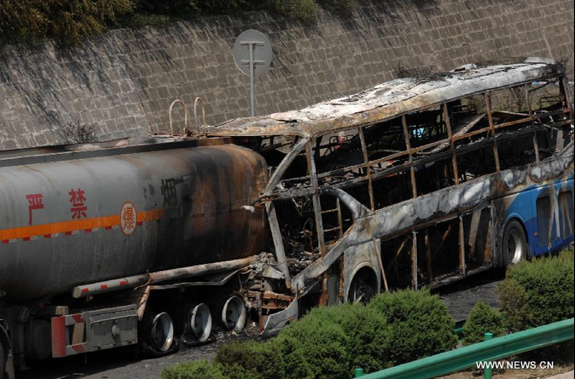 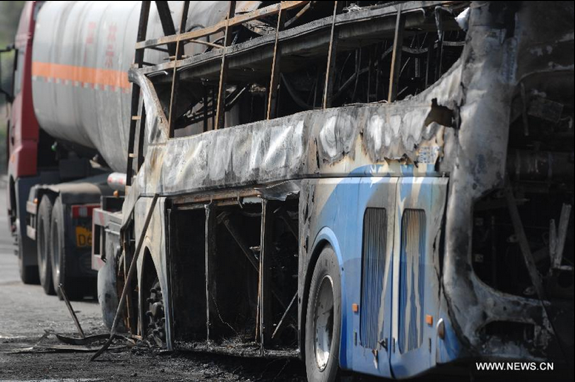 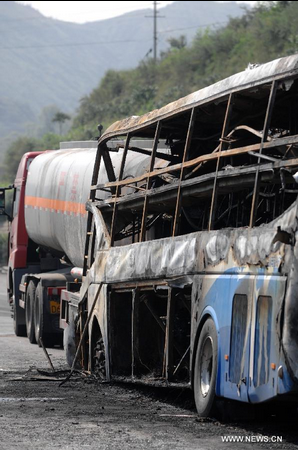