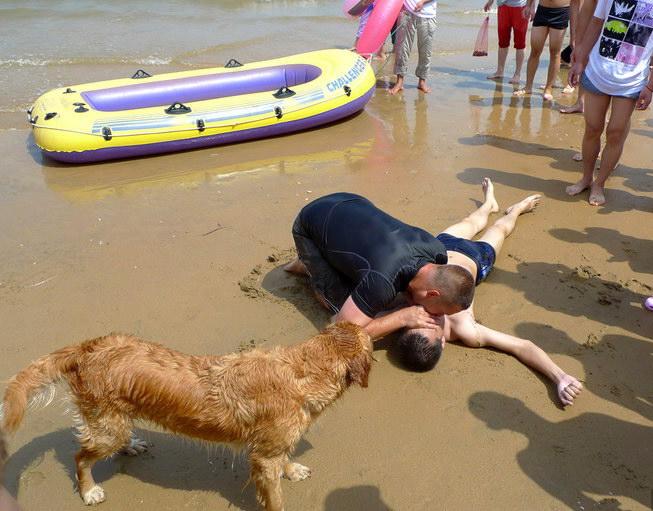 On Sunday in Yantai, Shandong province’s Golden Sands beach, a young man surnamed Ji swam a bit too far into the sea and went under. As Tencent Online tells it via 365jia (pictures from there), an Australian named Jason relaxing a few hundred meters away saw this and sprung to action.

After Ji was pulled from the waters with help from an inflatable raft, Jason performed CPR on the man and was able to resuscitate him. The Aussie’s golden retriever was by his side for the whole thing, too.

And once again, we have seen that CPR really can save lives.

For all his efforts, Jason was unfortunately labeled the “foreign Lei Feng.” 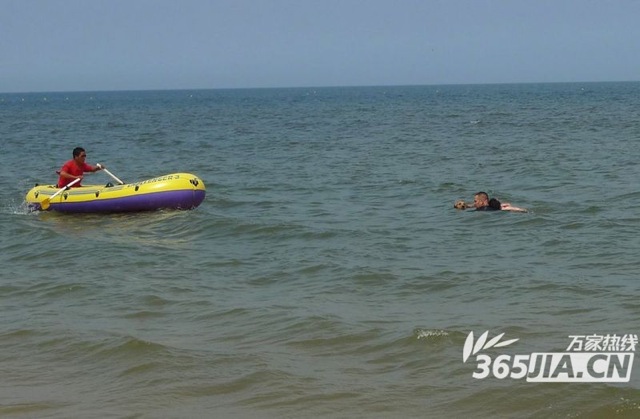 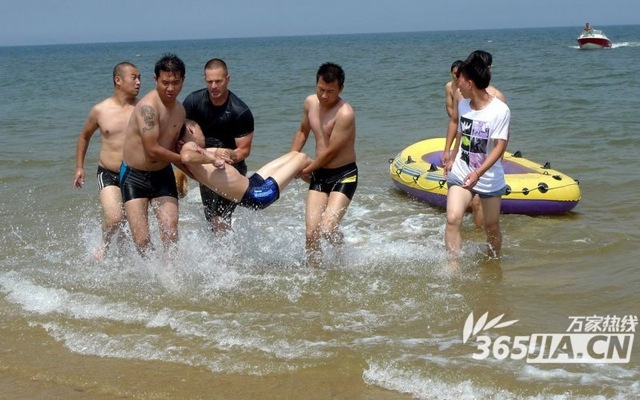 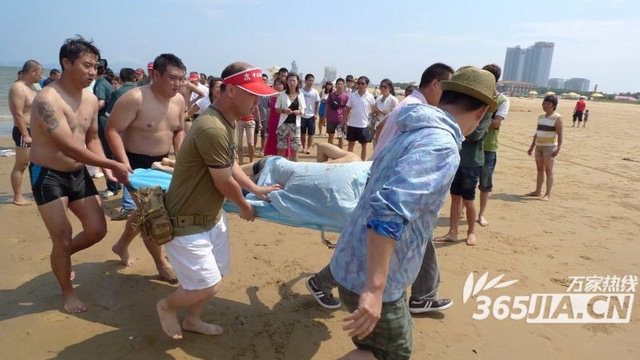 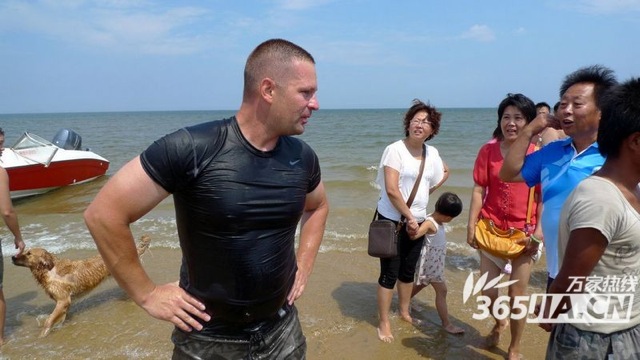 3 Responses to “Aussie Rescues Drowning Man Off Shandong Beach, Saves Him With CPR”