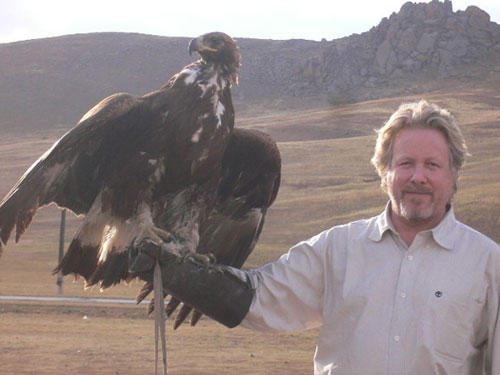 Sad tidings this week, via Chris “Devonshire” Devonshire-Ellis, or CDE as many know him. The erstwhile “Baron of Coigach” is leaving China, according to a post on his blog, China Briefing, but remains in touch with the title he inherited, somewhat expensively, in April 2011.

As his online CV explains, Chris was one of the first white male businessmen to arrive in China and figure out how things actually worked.

A millionaire entrepreneur with offices around the world… Not having Chinese language skills, yet possessing some business experience proved for me a better platform for trying to understand China.

Frustration only followed later. As CDE explains, his frustration with pollution, the Dalai Lama, Mongolian sovereignty and an “evil… [that] has spread across China like the Biblical Plagues” eventually toppled over and enough was enough: “China is a young man’s game. At 52, I feel I don’t really want to have to put up with the daily hassles…” – many paragraphs later, CDE adduces – “…the reason I am leaving China is simply that I have outgrown it, and so has my business.”

In between these remarks, there is a proud picture of the Baron stroking his chin in Elton John’s bathroom: Chris launched his career in the typical way, first establishing a company, “Dezan Shira” (the name is a homophone of his own), then being that guy who spams you in person

Basically he seemed like a nice guy but felt like he just talked a little too much about himself in the same way that anyone that’s been in China a long time does, quite a cordial guy who did his best to make you feel like he “knew” you already. For example, I specifically remember him using my name a lot and looking me straight in the eyes.

That’s from Eric, an American in Beijing working in trade who has had the pleasure of meeting the Baron. Another longtime expat and China watcher, who admittedly has not met Devonshire, had this to say:

My impression, perhaps unkind, is that he is a bullshit artist (but not artiste) of a type rarely found anymore: a nobody who managed to concoct a faux-aristocratic new self in a boomtown city. The hyphenated name, the purchased baronetcy, the constant mention of his clubs, the photos of himself wearing ascots — ASCOTS — would get you a polite rejection letter if you had them as part of a novel, along with a note from the editor saying that it might be better to have the protagonist be a believable human being.

For all their ups and downs, few foreigners in China outside of the media class attract much comment. There are a few Hessler haters, a couple of Backhouse backers, one or two Edgar Snow enthusiasts. But by 2008, the baron had somehow joined these controversial ranks:

Chris Devonshire Ellis is not registered as a legal professional anywhere, has not completed any formal schooling in law, or accountancy or tax… he has no professional qualifications of any kind.

That passage is from a decisive 2008 takedown of the man on lawyer Gilman Grundy’s blog Fear of a Red China, in a 80-strong commented article that effectively decimated the Baron’s claims of China expertise. To summarize:

1. His education at Strathclyde University in Scotland and the University of London, institutions separated by hundreds of miles but courses at both he claims to have jointly attended, before being prevented from completing either by an unspecified family tragedy

2. The worldwide “Devonshire” office empire were simply a collection of post-office drops and inboxes;

3. Chris first suggested his Mumbai offices and staff were damaged during the 2008 terrorist attack,  then removed the article from China Briefing (the business in India consisted of a Regus Virtual Office space, miles from any bombings);

4. He used aliases to post admiring comments on his business site. Not a big deal, though there are already four effusive comments to his farewell post on China Briefing: one from a “Digby Ross,” another by “Cedric Woollet,” and an as-yet-unwritten tribute by Sir Peregrine Yaffle

5. Finally, Grundy questioned a company press release which declared the Baron to be “stepp[ing] down from his position as managing partner of the China Practice in 2007” and taking over “the firm’s India practice, based in our offices in Mumbai.”

The oddity was that Chris had, supposedly, already resigned from the company, due a massive fuck-up, or a “serious error of judgment I made publishing details of off-the-record meetings with Chinese ministers.” As per a statement released on China Briefing (since removed),  “[Chris] effectively leaves the business he founded 17 years ago in South China and the publishing company that is celebrating its 10th anniversary this year.” In other words, Chris was gone. 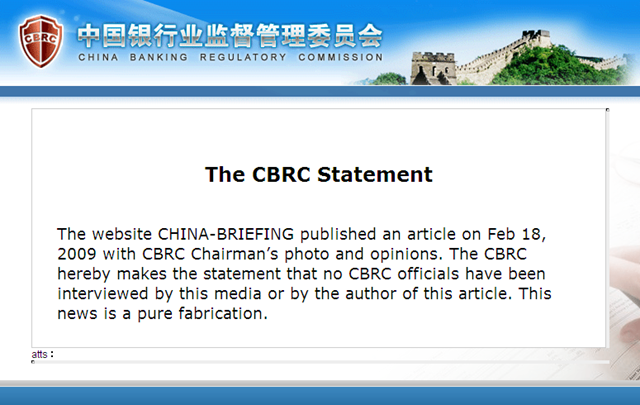 How, then, could the Baron be switching jobs within a company he’d already been forced to leave, under some considerable embarrassment, then resurfacing as its regional manager of a virtual office in India he’d lied about being attacked by terrorists?

Deep breath, folks. The original resignation announcement is part of China Briefing‘s junkyard of broken links. But the managerial magic act of “retroactive de-resignation,” according to the industry, commerce and law blog Gong Shang Fa, pulled back the curtain: “that [‘Devonshire’] is the only thing animating his company, as in no partners with any capability. Otherwise, they would have forced him to really remove himself in an attempt to protect their own interests.”

With his latest promise to exit China, the Baron joins, or leaves (we can but guess), a long list of foreign consultants with a “business” presence in China. The ability of these types to insert and insinuate themselves into business deals is part and parcel of the developed world’s maturity (or decline) from being manufacturing powers to ones that provide and export “services” “marketing” and “consultancy” – products as deep and elastic as they sound. And how you sound is important. In developed, stagnant societies like the UK, the most well-off and important classes are often self-effacing and modest, tactics that have no recognition among the nouveau rich of China, for example, where displays of wealth are practically the only way to assess power. The traditions and aristocracy of England have deep appeal for a country that has ravaged its own ruling classes while revering antiquity. And it was only in 2004 that Scotland abolished its own aged feudal system, and incorporeal miniature titles like “Baron of Coigach” became officially available for buy or sale.

Snapping up the title of baron was a smart move for a sharp-eyed player moving to China. Defending it, bullshitting, setting up a string of self-linking family websites like devonshireellis.com, were not. Most businessmen, perhaps aware of how their true credentials might wilt under strong scrutiny from their savvier compatriots, operate deep under the radar. Chris has done the opposite, occasioning some frequent and bruising contact with the real world. Whether he leaves China or not, whether his bloodline stretches back to 790 and the isles of Shetland, whether Chris is a relative of Beatrix Potter, HG Wells and Rudyard Kipling (as another of his websites claims), whether this or that, Chris seems to be a narcissist perpetually embarrassed by his reflection.

When he’s not “stalking” his antagonists, bullying critics and threatening others into deleting their blogs, CDE is alive and schmoozing, supposedly a multimillionaire, reliable sources such as barongofcolgaich.com reporting an enjoyment of “winter homes in Sri Lanka and Malta… summer homes in Mongolia and St. Petersburg, and regular visits back to Coigach.” The founder, former managing partner and engine of the Dezan Shira blog declares he now has to “replace myself.” Perhaps his most lasting epitaph is that he doesn’t.

*This article has been amended and edited since publication,  following a series of emails, comments, slurs and online campaigns by some unidentified parties. We have changed our comments policy, deleted a number of libelous remarks and published a follow-up article addressing the trolling that this article attracted. Chris continues to publish on his own website and the Dezan Shira blog

173 Responses to “So Long, And Thanks For All The Bullshit: Baron Christopher Devonshire-Ellis Exits China”