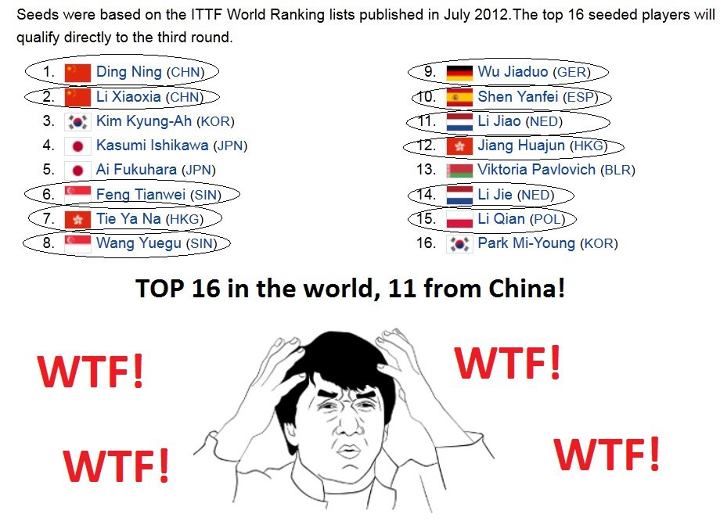 Since becoming an Olympic discipline in 1988, China has won 23 of the 27 possible gold medals in ping pong, and it’ll probably be 24 of 28 after tonight when the heavily favored team of Zhang Jike, Wang Hao and Ma Long gets done with Japan South Korea in the men’s team final, which begins at 10:30 pm. This would be the second straight Olympics in which China has won all four ping pong gold medals. Congratulations in advance to the world for trying.