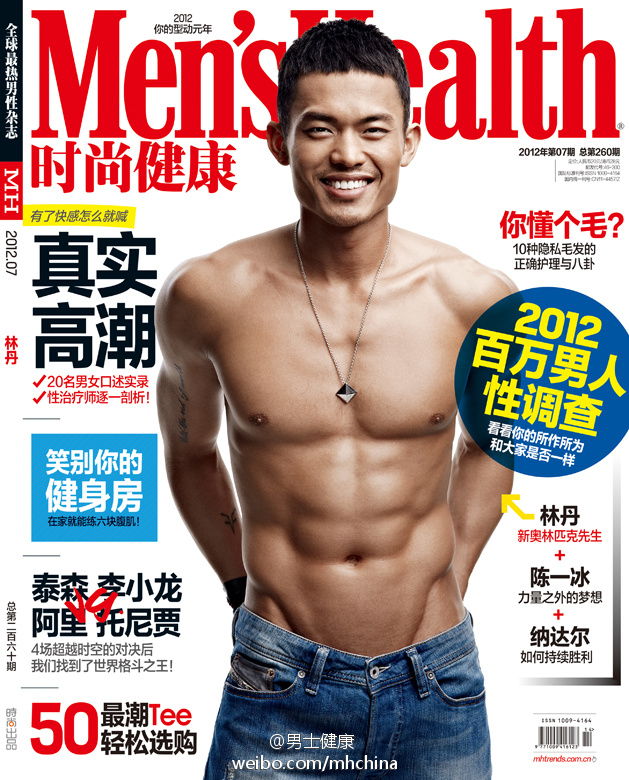 Lin Dan, the greatest men’s badminton player ever, via cfensi

It’s Monday, but that’s no reason to despair. Soon it will no longer be Monday. Also, Usain Bolt is insanely fast. Links.

Very interesting read about China’s gold-medal obsession. “In short, Maoism devastated sports in China. // Essentially, then, due to political decisions at the highest levels of power in the PRC, China was cut off from the Olympics for thirty years, a time period of significant improvement in sporting technologies and efforts around the world. What had held China back was not that it had been, in the previous century, the ‘sick man of Asia,’ but that Mao and the Party leadership denied the country systematic development of sports infrastructure and competition. // The current PRC government is running to catch up and surpass the “West” in Olympic competition, not simply as pay-back for 19th century imperialism, but also to further bury the destruction of the Maoist period.” [The Useless Tree]

How to fix Chinese basketball: “Opportunities to reflect and reform have already presented themselves to the CBA. In what should have been an era that saw the CBA capitalize on all-time highs in youth participation in basketball as a result of Yao’s global success by reforming its Soviet-styled system to better identify and develop the largest pool of basketball players on the planet. Instead, government officials remained satisfied enough with continued continental dominance and  just-good-enough results at the Olympics and World Championships to keep everything the same. // Flash forward to present, and we can clearly see the effects of that decision. Talent wise, the cupboard in China is currently bare at the senior National Team level because of China’s failure to develop the next generation of basketball players. Young players are still selected based on bone tests that predict future height. Those who make the cut and play club level youth ball are relegated to six hours-a-day of mindless three-man weaves and other full-court lay-up drills. The ones who are cut are left in the cold as there remains little to no alternatives to develop their games, nonetheless get looked at by professional teams.” [Jon Pastuszek, NiuBBall]

Feel free to read the article as well, but I’m going to excerpt the first paragraph of SinoSam’s comment: “More circle-jerking between the ‘China Watchers’ : that small, elitist nest of white guys in Beijing who spend all of their days and nights Tweeting back and forth about what they think is best for China and the Chinese in a desperate, vain attempt to self-validate and self-perpetuate their own value as foreigners in China and artificially inflate their fees as social media consultants. Really, it’s quite disgusting how frequently these guys stroke each other off on Twitter, in podcasts, and in blog posts such as this.” [article by Hamish McKenzie, Pando Daily]

Remember that car that spontaneously combusted, leading people to question the safety of electric cars? “No safety-related design flaws were found in a probe that was launched following a car fire that killed three people in a cab manufactured by Chinese automaker BYD, an investigatory team said Friday.” [China Daily]

Sun Yang wins another gold, is awesome. “If the swimming world is casting an eye around for the next superstar, Sun Yang could well be one of the candidates as he showed with his stunning swim to win the 1,500 meters freestyle and beat his own world record in the event. // Sun won in a time of 14.31.02, eight and a half seconds ahead of his nearest rival and 3.12 seconds faster than the record he set in Shanghai in 2011.” [Global Times]

This is funny. A Chinese journalist complaining about Chinese journalists being treated as second-rate, when they are in fact… second-rate (generally speaking only) — so much so that I totally question this reporter’s account. “A sign was posted two days before the games began at the entrance of the London Media Centre, a working facility for media during the Olympic Games. It was only in Chinese, and asked the journalists to respect the personal space of those working at the center and to ask before taking their photographs. // I happened to see this poster. Although most foreign journalists wouldn’t understand what it said, I felt quite embarrassed, as did other Chinese reporters. // It made me think of some other similar posters. Early in 2009, there were signs in Seoul’s commercial districts, asking Chinese travelers not to steal. In Japan this year, there were reportedly signs in Chinese saying, ‘After using the toilet paper, please flush it down the toilet.’” [Nie Xia, Global Times]

Baidu, tsk tsk. “An internal mail leaked from China’s Baidu microblog company on Aug 3 showed that there have been many serious discipline violations and several criminal cases inside the company, according to the TechWeb, an IT website based in San Francisco, California. // The mail said that four Baidu employees in the department of Community Search, Public Affairs and Knowledge Search of the Product Market were suspected of engaging in the illegal deleting of posts through covert, paid dealings with an external party.” [Want China Times]

Australians on their Olympic team — very different from Chinese. [James Fallows, The Atlantic]

Museum-goers, delight. Some Beijing museums you probably have not yet visited. [the Beijinger]

And now here are Athens’s Olympic “ruins.” [AP via io9] 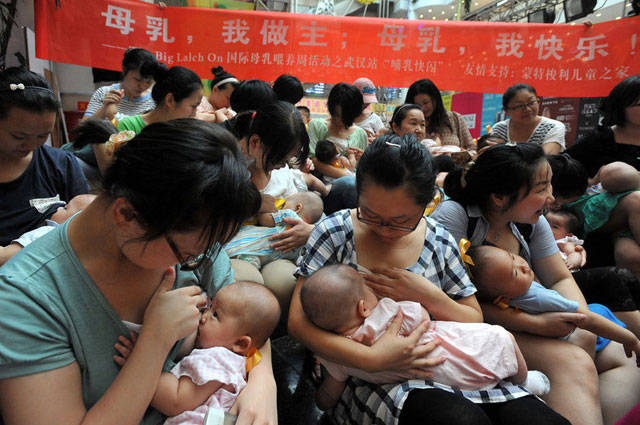 Yahoo China via Shanghaiist: “A group of 30 young mothers gathered in a busy shopping mall in Wuhan on Saturday for a breastfeeding flash mob to mark World Breastfeeding Week, which is celebrated every year from Aug 1 to 7.”