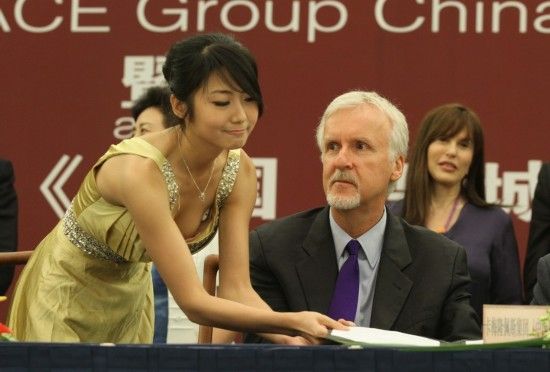 Sad: the Olympics are over. We have a roundup post coming up in the next hour, but for now, (mostly) non-Olympics links.

Corollary: Details of the trial, via Xinhua.

Trial as “secular liturgy.” “Instead, I would suggest that the process that has just taken place under the watchful but circumscribed eye of the Chinese and international media could better be dubbed as a ‘ritualistic ceremony’. That is, it was an orchestrated event sanctifying the consensus regarding Neil Heywood’s death, one that has been used to divine the mysterious workings of power. Of course, every ceremony requires a liturgy, and in the case of the BoGu Kailai trial everyone has dutifully fulfilled their liturgical responsibilities.” [The China Story]

Corollary: “‘We have recently asked the Chinese authorities to investigate the case further after suggestions that there were suspicious circumstances involved in his death,’ a Foreign Office spokesman in London said. // He said the office was ‘aware of rumours and speculation related to the case’ but did not necessarily give them credence.” [Reuters]

Two veteran journalists on what China learned during the Olympics. “The victim mentality has characterized much of China’s dealings with the outside world, based on the country’s humiliations at the hands of foreign ‘imperialist’ powers during the Qing Dynasty. It’s a recurring theme in many international competitions, and one that might even intensify if the USA tops China in the gold-medal count and the total medal tally in London, as is expected.” [Melinda Liu, Paul Mooney, The Daily Beast]

Netizen reactions to China’s sports system, with stark images and before/after stories of former athletes: “On Sina Weibo, China’s Twitter, Li Chengpeng (@李承鹏) recently wrote a scathing blog entry on China’s sports system. He called China’s Olympics team a ‘dancing troupe,’ and continued, ‘[sports officials] over-emphasize quantity but not quality, beauty and influence. They would be happiest if gold medal are sold by the tons and happiness can be weighed on a scale.’” [Tea Leaf Nation]

On change and Beijing: “Spend some time on the griddle, amid the traffic, dust storms, and inefficiencies, and it’s obvious why Beijingers are renowned for their creative vulgarities — and also, given its disparate district governments, why the city seems to be competing against itself by building two business districts, multiple pedestrian “ancient” shopping streets, and 38 golf courses. But despite its enormous geographic size — at 6,000 square miles, Beijing is larger than the U.S. state of Connecticut — the city’s official population of some 20 million is mostly crammed into a core that gives it a population density twice that of New York, its sister city to which it’s often compared.” [Michael Meyer, Foreign Policy]

This pretty much is the tone of FP’s “exclusive” interview with Ai Weiwei: “Beijing’s greatest problem is that it never belongs to its people. Though it’s a city of more than 10 million, people living here are like people living in a hotel.” [Foreign Policy]

More information on Zhou Kehua, the man who killed a woman and injured two others in Chongqing last week. “His killing spree began in 2004 when, on April 22, he shot one person dead and injured another during a bank robbery in Chongqing and escaped with 70,000 yuan. // On May 16, 2005, also in Chongqing, he shot and killed two people at another bank and robbed them of 170,000 yuan. // The other incidents were in Changsha in central Hunan Province. On October 14, 2009, a man died after the suspect fired six shots at him. On December 4, 2009, a man was killed leaving a bank and 45,000 yuan was stolen. // On October 25, 2010, the suspect killed a man and stole his bag, and on June 28 last year, he shot at a man but ran off after people called for help. // Rewards totalling more than 3 million yuan are on offer for his arrest.” [Shanghai Daily]

Proving the adage that marriages take five minutes to get into and a lifetime to get out of. “A while ago, we posted the news about China’s famous English teacher beats his American wife, a famous Chinese celebrity Li Yang was exposed in a scandal of domestic violence.  Now his wife Kim is filing for divorce and requesting 8 homes as property settlement, and 50,000 RMB as compensation for emotional damage.” [China Hush]

The gap between American and Chinese consumers: an infographic. [Tea Leaf Nation]

An unexpected ode to Hunan. [Two Americans in China]