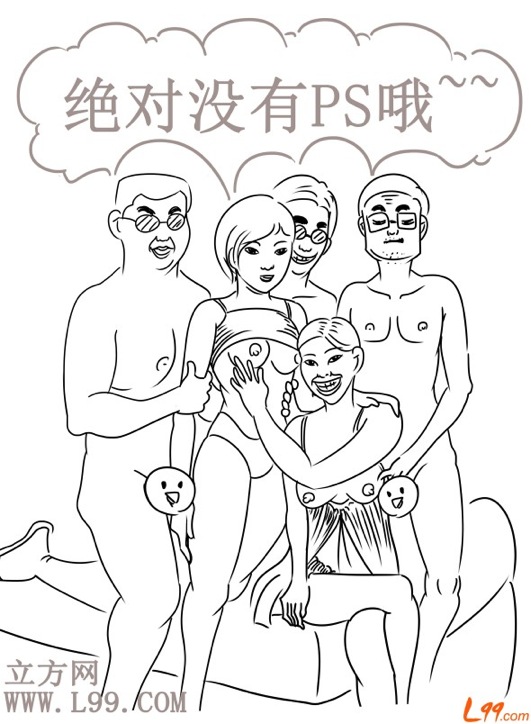 All of this is a longwinded way of asking: what are Chinese swinger parties actually like? We asked someone who’s actually attended one.

Environment rating? 8 or so at the beginning…after things loosened up a definite 2, except if you were a guy with a miserable head cold.

The loosening of nerves was facilitated by ample wine, of course. Although it doesn’t seem like the love-in escalated into a wassailing bacchanalia, there was indeed sex. Mitchell continues via email (minor brush-ups of typos):

It was surreal and funny and yes, titilating (pun intended) at times. I was there about four hours watching, giving “English lessons” and going into the bathroom occasionally to take notes. I don’t remember how much sex I saw. The Canadian guy and his gf on the couch, Chu-chu several times. The host and his wife, the host and someone else’s wife, the host’s wife and two guys — one Chinese, one foreign. The funniest thing was how miserable the Belgian with the head cold looked in contrast to his spouse/gf who had a definite voyeuristic streak and kept leaving him to sniffle and cough by himself to watch others having all the fun.

And there was a mysterious Chinese couple, very well dressed and elegant who came in to the living room looked around briefly, shrugged more or less, and left. I suspect the scene was too tacky or declasse for their tastes.

Go read Mitchell’s full account in The Standard if you want more details.

I ask: when one can’t even have sex in the comfort of two dozen people’s limbs and other bodily parts without fear of government reprisal, what has our society come to?