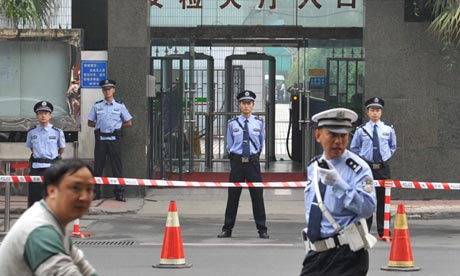 The “open trial” of Wang Lijun, on charges of bribe-taking and “bending the law for selfish ends,” according to Xinhua, began this morning. It is now over, having taken place “under tight security before a carefully selected audience,” according to the Guardian, from which the above picture is taken. “Foreign journalists were not permitted to attend.”

Yesterday, Wang, the former Chengdu vice mayor and police chief, stood a “closed-door trial” on the charges of defection and abuse of power. He did not contest any of the charges.

As the NY Times notes, “The outcome of trials in China, especially those connected to elite politicians, is often predetermined. The flamboyant Mr. Wang, 52, is expected to be found guilty on all four charges.”

And with that, another trial in the Bo Xilai saga begins and ends, swiftly and efficiently. We’re down to one last player, someone we haven’t seen in months: Mr. Bo himself.

But before we move on, let us pay homage, one last time, to the man who kicked off this preposterous, made-for-TV political saga. Words via NYT:

Residents of Chongqing interviewed this year said they could not recall a police chief as flashy as Mr. Wang. He traveled with a group of policemen dressed in dark overcoats, and two officers would always catch his own overcoat when he took it off. In restaurants, he would demand that the entire floor be sealed off. He brought his own food and drink or asked that the restaurant’s be tested. When he drove to his police headquarters from a nearby home, officers cordoned off the route.

Along with the flashy image, Mr. Wang had a canny side. On Feb. 15, after he was taken to Beijing, a Chinese journalist, Chu Chaoxin, received a mysterious text message that said in part: “Briton Heywood was murdered in Chongqing; Wang Lijun investigated the case and found out Mrs. Bo is the suspect.”

Some people now suspect Mr. Wang had previously arranged for an ally to send out the text. Mr. Chu posted the text on his microblog, an action that helped turn Mr. Heywood’s demise from merely a suspicious death into a worldwide murder mystery.

And image, not via NYT: 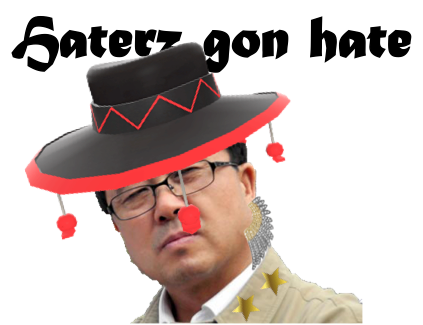