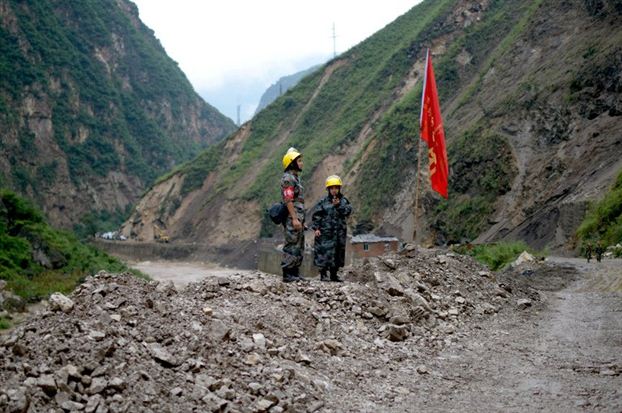 The 18 students from Tiantou Primary School buried under landslides yesterday in Yiliang, Yunnan province have all died. Via AP:

Any last hope for survivors evaporated early Friday when rescuers pulled the body of the last missing child from the landslide debris, China National Radio said in a report on its website.

What’s even more tragic about this, as noted earlier, is the timing: these students were in school during this holiday only to make up for time lost as the result of a massive earthquake that killed 81 people last month. Reports Xinhua:

Three teaching buildings of the school were damaged in the earthquakes early September and demolished later, forcing over 30 students to have lessons at the nearby Tiantou Primary School.

The students were preparing classes, scheduled to begin at 9 a.m. at Tiantou School, when the landslide occurred, the bureau’s official said on Thursday.

Some 2,000 people had been mobilized to rescue the 19 buried — one adult remains unaccounted for. UPDATE, 8 pm: The adult has been confirmed dead as well.