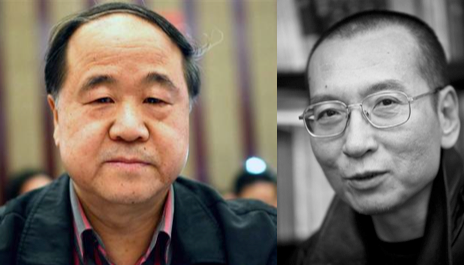 A lot of people have expressed their desire to see newly crowned Nobel laureate Mo Yan speak out against the more grievous shortcomings of the Chinese government. The extent to which he leverages his publicity to enact change will ultimately be up to him, but if his most recent quote — just a day after winning the most prestigious award in the world — is any indication, he might be off to a good (and surprising) start. As reported by Reuters:

“I hope he can achieve his freedom as soon as possible,” Mo told reporters in his hometown of Gaomi in the northern province of Shandong.

Liu has been serving an 11-year sentence since 2009 for subversion of state power. The government would rather pretend he — and to a lesser extent, 2000 Nobel Prize in Literature winner Gao Xingjian — did not exist. Even if Mo Yan never bluntly criticizes the government, at least he’s doing the next best thing: restoring the people’s memory of these banished notables of contemporary China.

It’ll be difficult, of course. Will his newfound fame empower him, or will it force him to be more cautious, now that dozens if not hundreds of Party cadres will seek to wine and dine him and steer him toward the official line?

Didi Kirsten Tatlow, writing in the NY Times’s Rendezvous blog, gives us a glimpse at exactly how much pressure is on Mo. (Perhaps this is why he said he was “scared” when he found out he won.) Tatlow revisited a speech that Mo gave at the 2009 Frankfurt Book Fair, attended by none other than vice president Xi Jinping.

Later that year, in an interview with China Newsweek magazine (which can be read here, in Chinese, on the China News site), Mr. Mo responded to critics who said he had toed the state line too closely at Frankfurt, where he walked out of a literary symposium, along with Chinese officials, to protest the presence of two dissident writers, Dai Qing and Bei Ling, creating a storm of controversy that would dog the fair: “I had no choice,” he said.

“A lot of people are now saying about me, ‘Mo Yan is a state writer.’ It’s true, insofar as like the authors Yu Hua and Su Tong, I get a salary” from the “Ministry of Culture, and get my social and health insurance from them too,” he said.

“That’s the reality in China. Overseas, people all have their own insurance, but without a position, I can’t afford to get sick in China,” he said.

He can afford to get sick now — or, to extend the metaphor, at least wear less cumbersome clothing in this frosty and pathogen-plagued environment. Perhaps that’s the best thing the Nobel Committee did by awarding this year’s literature prize to a non-dissident, someone whom Peter Englund of the Swedish Academy said was “more a critic of the system, sitting within the system.” They’ve given him a chance to bust out.

Just spoke to @aiww. He says he’s “very surprised” to hear Mo Yan spoke out for Liu Xiaobo. “”If he really did… I’m very grateful to him.”