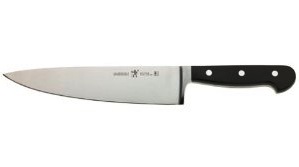 Sibling rivalries can get intense, as history’s Li Shimin, the Prince of Qin, and his brother Li Jiancheng, the Crown Prince, has shown. But one little emperor in Kaili, Guizhou province took rather drastic measures against his sister not for power or wealth or dominion over a princedom or country, but a remote control.

Guiyang Evening Paper has this story of this violent domestic dispute. One day, a 17-year-old woman wanted to watch a drama while her older brother wanted to watch NBA (on rerun? Guiyang Evening Paper’s story, published yesterday, doesn’t specify when this incident occurred). Upset, the brother went into the kitchen, grabbed a big knife, and attacked. His sister got her left forearm chopped off in the tussle.

The family emptied a popsicle box, put in the severed limb with some ice, and rushed the daughter to the hospital. Upon arrival, they noticed the ice had melted, and the limb was swollen. Due to tissue edema, it’s unlikely it can be properly reattached.

Wu Hongtao, director of the hospital, helpfully reminds readers that the proper way to save an amputated limb is to wrap it with clean gauze, seal it in a plastic bag or glass bottle, and then place in ice. Avoid soaking in alcohol or other liquids.