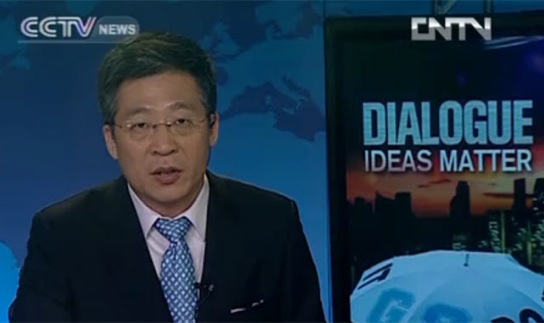 For whatever reason, Yang Rui felt it necessary to apologize to Melissa Chan yesterday, even though this apology comes about five months late, not to mention totally out of the blue. Via Shanghaiist:

I do not agree with demonizing [other journalists], in mid-May on several different occasions I inadvertently hurt the feelings of former Al Jazeera English’s [Melissa Chan] and I express my sincere apology. As for the attitude of the Chinese government towards her, this has nothing to do with me. Microblogs are the personal responsibility of their authors. China should not be afraid of being confident and candid, nor of being criticized by others.

Yang again defended his use of the term pōfù:

Term “bitch” was used accidentally, foreign correspondents in China launched a collective counterattack, proved once again the influence of our program. Public figures should be cautious, in the face of criticism from Western media, not to demonize the other side but engage in a public opinion battle with grace.

There you have it. Melissa Chan is not a bitch (though she could potentially still be a “shrew”), and Yang Rui would like to express his “sincere apology.” There are no losers here.

Except Yoichi Shimatsu. That guy was, is, and always will be a huge loser. See for yourself.